American Girl just released a civil rights-era doll. Here are 7 other toys that can make your child smarter

American Girl Just Unveiled a New Civil Rights-Era Doll. But This is Far From the Only Toy on the Market That Can Teach Your Child Valuable Lessons.

The new American Girl doll could not be more timely.

For Black History Month, American Girl announced the release of a new "civil-rights era" doll named Melody, a 9-year-old black girl who grew up in Detroit during the 1960s.

The doll, which will go on sale this summer for $115, has a fascinating story tied to civil rights. According to the company's website, the Melody character is a young singer who performs in church, with her family and around her community, amid the civil rights movement of her time.

According to the story, her success only continued from there. Her optimistic and hopeful music reached the ears of all black Americans at the time. Soon after, the story goes, she was embraced by Dr. Martin Luther King, who told her to use her music to spread positive messages about equality.

This Melody doll is the company's third black doll, according to Detroit News, following two others, Addy Walker and Cecile Rey. This doll will come with a bed and a recording studio that plays Motown music.

Her first story is already available on the company's website, too.

There were a lot of reasons for the American Doll company to choose Melody as their next doll. American Doll wanted to create a new toy that could teach young girls valuable lessons about society.

"Because many girls are interested in music and performing, as well as starting to find their own 'voice' and express their opinions, they'll find Melody's stories engaging and entertaining," the company's website explained. "You'll love that they're educational, too, helping your girl connect with the past on a more personal level."

And, more importantly, the company wanted to teach young girls lessons about history. Here's a look at six other toys that can help you teach your children about important moments in America's past.

_Note: The product descriptions and information for each of the toys listed below were found on Fat Brain Toys, an educational online store._

If your child is a little cloudy on his or her American Revolutionary War history, these little action figures will help kickstart a newfound interest.

This set comes with British army figures, along with information about the British war soldiers.

"Give me liberty or give me death!" the product description reads. "Re-enact the American Revolutionary War with these hand-painted, action packed and historically accurate representations." 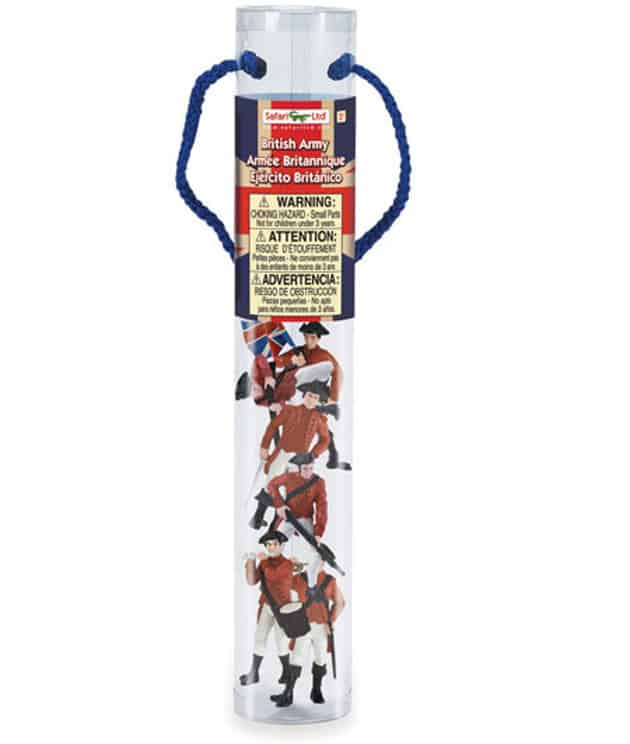 Help your child learn about the countryside of the United States with Lincoln Logs. The toy is an American staple that allows children to build their own log cabins however they want. The Lincoln Logs can also be used to teach children about pioneer architecure.

"Just like pioneers and people in the Old West, haul your logs to the village site, then start hoisting them into place!" the product's description reads. "You can stack these notched logs together to make them a sturdy build, just like log cabins, only you don't have to make the notches yourself!" 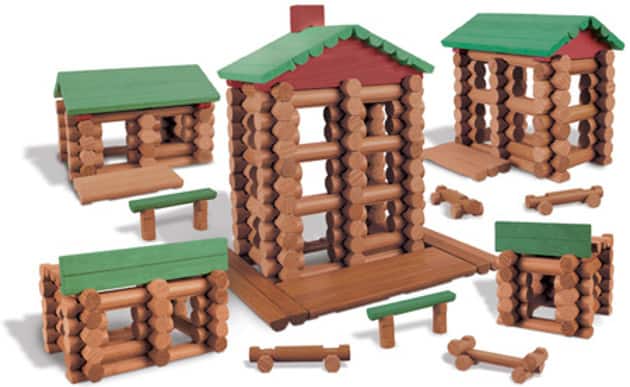 Bring your child back to the days of the Old West with this western fort toy set. Complete with Native Americans and cowboys, your child can recreate some of the famous battles that took place in the western United States.

And, according to the toy's description on Fat Brain Toys, the fort set also offers a lesson about conflict resolution. The set's story follows a battle between cowboys and Indians over a misunderstanding about who owned a pair of horses.

"The union soldiers apologize for their mistake, shake hands with the Native Americans, and once again the prairies are calm. Peace at last, thanks to you and Playmobil Western Fort." 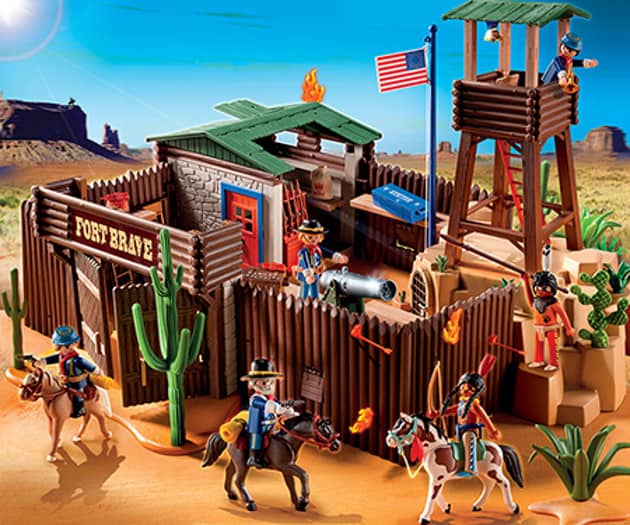 This model airplane set will help children learn about their president's main air transport vehicle. This edition is specifically the VC-25 model, which was first used by President George H. W. Bush. These sets also include an action figure, which gives children a chance to play as the president with this plane. 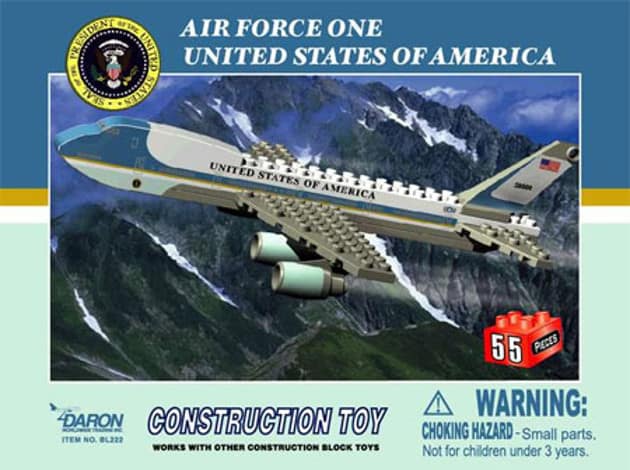 Building blocks are, well, sometimes the building blocks of education. They help children learn and develop their creative skills.

These Uncle Goose blocks take things one step further. Each block includes one president of the United States, along with the president's years of service, their birth and death dates and any political party information.

"Patriotism has never been so beautiful!" the product description reads. 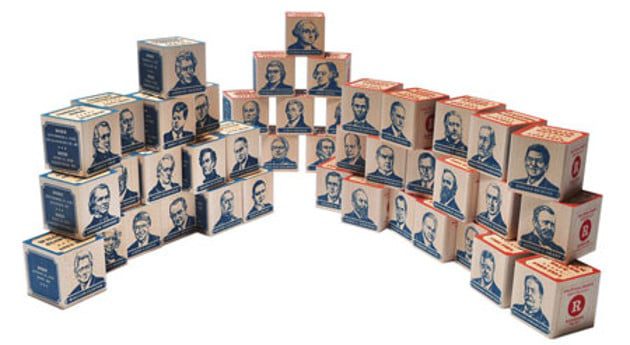 This toy can teach children about both the past and the future.

Like the Air Force One airplane, this space shuttle is a model set of building blocks that children can build on their own. The construction set is modeled after real space shuttle models, giving children a chance to learn about the ships that can take them and future generations to space.

This toy is extra cool because it includes a set of clear bricks. So when the ship is placed on these bricks, the ship looks like it is floating on air.

"Beautifully detailed, exciting to build, and designed with admirable authenticity, the NanoBlock Space Shuttle DX is a construction experience astronauts of all ages will love," according to the product description. 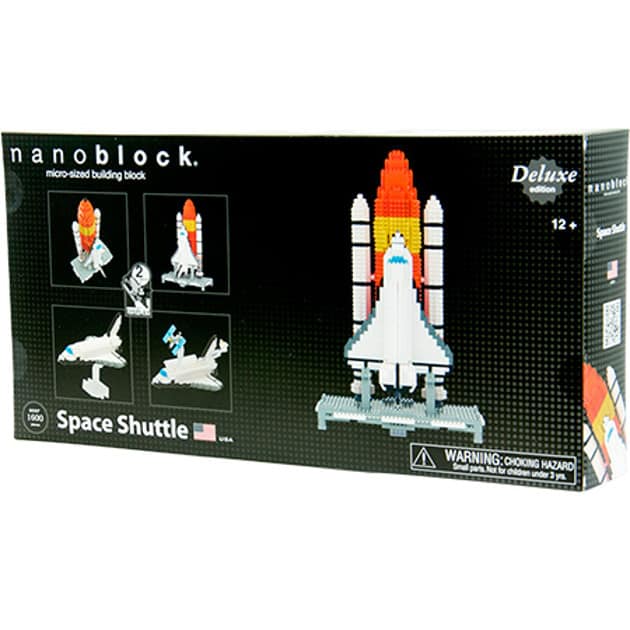 The Titanic was a major historic American event, something that even inspired an Oscar-winning film. Your child should probably know about it, too.

Thanks to the Nanoblock Titanic toy, now they can.

"Follow along with the detailed instructions as you rebuild the hull, the living quarters, the decks, the smoke stacks, and more, all with amazing detail you never knew blocks could provide," according to the product description."It sounds daunting, but as soon as you start building, you'll see it's fascinatingly fun!" 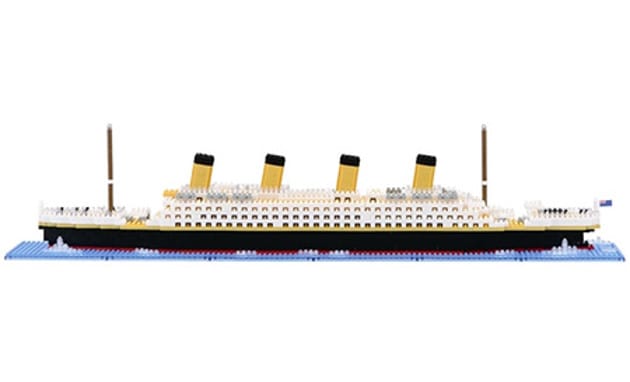 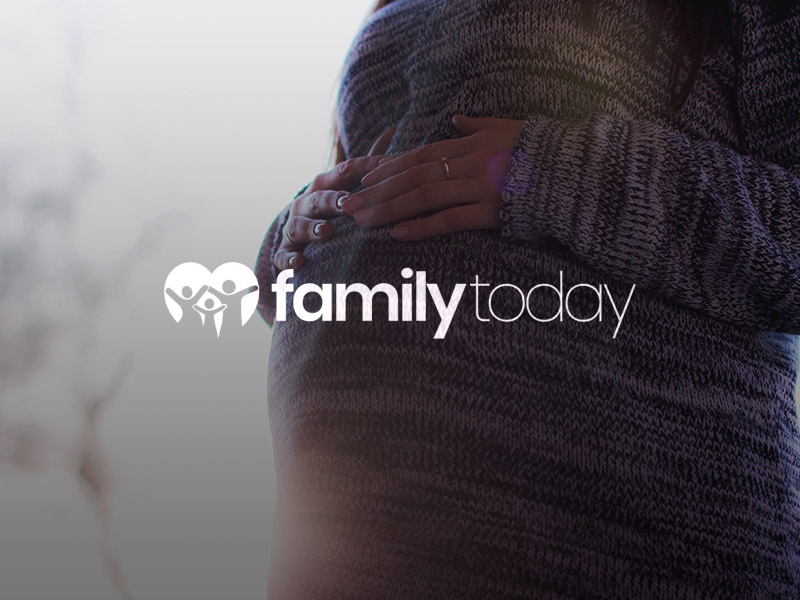 How I Won the "Mom Guilt" Battle