The Time Magazine Cover "Are You Mom Enough?" Prompted Us to Ask Ourselves if We Are Mom Enough to Breastfeed Our Children. I Ask, Are We Human Enough to Know There Are as Many Ways to Parent Well as There Are Parents?

I just spent the better part of an hour sitting on my back porch watching my youngest son squirt himself with a Super Soaker squirt gun, first his feet, then his chest, then his head, and even in his mouth, with ever increasing joy. I got to do that in the middle of a weekday because I work an early shift that lets me get home by noon most days. This is the way I handle being a mom, and I don't suggest that it is the best way, and certainly not the only way, but for my children and me, it works.

I've been thinking about our choices as mothers since seeing the cover of TIME Magazine, the one with the nearly 4-year-old boy standing on a chair nursing from a blonde woman. The image is a little unsettling - the almost defiant quality of what I think of as a nurturing act - but what stopped me was the headline.

"Are you mom enough?"

No question, TIME was trying to sell magazines with that headline, and the headline combined with that provocative picture certainly accomplished its goal. This issue is their No. 1 seller of the year. Perhaps we were all just masterfully manipulated into asking ourselves this question - Are we mom enough? - a question I'm not sure we should ever ask. Even less so, I do not believe it is a question we should direct at others. Someone with far more wisdom and understanding than us saw fit to trust these spirits to us. I'd go with that.

That doesn't mean we don't try to do our best with our children once they're here. In one of the many backlash columns I read after the TIME article came out, a writer argued that we mothers ought not do anything we resent. If we resent cooking dinner but not breakfast, we should only cook breakfast. If we resented playing on the floor but not reading stories, we should only read stories, etc.

"So what if you resented giving baths? Would you let them go dirty?" Sharon Goodrich, head of charitable and corporate giving for Primary Children's Medical Center, asked on A Woman's View. "No. You find a way to make it fun, to make it pleasurable for you, for your children, instead of drudgery all the time."

"I resented doing homework with my kids because I was incapable of doing it," social worker and addiction counselor Rachelle Call shared. "It was triggering something in me. It was my own stuff. Women have to be willing to deal with that, to lean into whatever we resent about motherhood. Resentment is a marker."

"Breastfeeding triggers a lot of women," Call explained. "Women find their power there."

I can honestly say I had never considered anything about breastfeeding to be powerful, but when I looked again at that magazine cover and heard what Rachelle said, I saw it. A sense of power. Misplaced power, in my humble opinion, but power nonetheless. Breastfeeding is not about power. It's about nourishment and love.

"I wasn't very successful at breastfeeding, and I felt guilty," Goodrich was courageous enough to share. "It was something I wanted to do. I just didn't produce milk. I finally decided it was just better to be close to my twin daughters by bottle feeding. What I say is celebrate those who wish and do, and support those who wish and don't."

Beautiful. Brilliant. I say let her write the headlines from now on.

I suppose men have been putting up with the "Are you man enough?" question for so long some might say it's our turn. I am not among them. I don't think men deserved the question, nor do I think we mothers do. I frankly think anyone who asks it shows their ignorance. It shows their bias, the smallness of their thinking, their blinders-on-approach to motherhood (or manhood) - to life. There are a million ways to be a good mother, to be strong enough, kind enough, patient enough, thorough enough, loving enough, and just as many ways to be a good father. There are good mothers who are with their children every day and good mothers who see their children only via Skype from Afghanistan. Through the magic of love, both are good mothers. 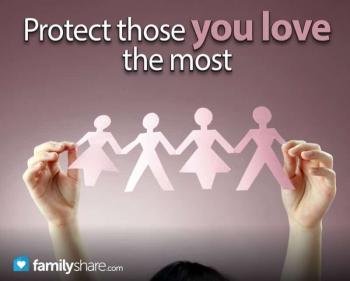 Health Plans 101: Know These 4 Things Before…