Are you squashing your child’s independence?

As a parent, it's your job to make sure your child gets all the necessary information and experience that will help him grow up to be a successful adult. So it's natural that you want to teach children everything you can. And it's natural for you to want to protect them from the dangers of the world so that they don't get hurt. But sometimes, in your effort to make sure your child stays safe you're actually doing her harm by trying to protect her. You're harming her because you're keeping her from learning a key aspect of childhood: independence.

Independence is key to developing children because by practicing independence they learn to navigate the world around them. They learn their own strengths and limitations and they learn how to take calculated, safe risks.

Signs you're squashing your child's independence

1) You only encourage them to do what they're good at

As parents, we think we know the abilities of our children. When you see your child fumble with a soccer ball, you tell yourself that he is just not the athletic type. So it's natural that if he wants to join a soccer league, you may steer him away from it. But in order to encourage your child's independence it's important to let him discover for himself what he is good at, or not. This will help children recognize their own strengths and limitations and be able to use this information as they make other decisions in their life. And having an accurate understanding of your strengths and limitations is important in order to become a successful adult.

2) You only offer praise

Everybody loves their child. So it makes sense that you don't want to tell your children anything that would be critical. But in order for your child to foster her independence, she has to be able to see all sides of things - including hearing what she is bad at. This gives children the opportunity to decide for themselves what to do instead of being led on by false praises.

3) You do everything for them

Because you're an adult, you have enough life experience to know how to do things. But your children don't. So when your children struggle with something (say, making their bed) you want to step in and do it for them. Or you may step in and tell them how to do it the right way. But not allowing your children the opportunity to learn for themselves and exercise their own mental power to figure things out is squashing their independence.

The worst part of squashing your child's independence is that he doesn't learn to do things on his own. And if children don't know how to do things on their own, they won't have the full capacity to be successful adults. They'll always question their own capability. Which may result in them having low self-esteem and even relying too heavily on others.

So give yourself permission to let go of the reins a little bit. Not only will they become more independent, but you'll also be setting them up for success as an adult. 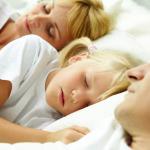 4 Ways Our Munchkins Are Killing Us Softly…