The twins appear in their first joint interview on "The Daily Checkup with Dr. David Angus"

Ashton Kutcher and his twin brother Michael Kutcher recently sat down for their first joint interview together with "The Checkup with Dr. David Angus" where they spoke about their relationship after "jealousy" caused them to drift apart. Michael revealed that "jealousy" was a factor that he struggled with the most while Ashton said he struggled with guilt because of the health issues that Michael dealt with. Michael was born with cerebral palsy and underwent a heart transplant at a young age along with other health setbacks. Ashton opened up about his guilt in the interview by saying, "How do I get to be this lucky? And for my brother to be born with cerebral palsy, then have a heart transplant, then have this random blood clot, these things where you’re like, ‘Who has to go through that? How do I get to be this lucky?'"

The "That 70s Show" actor went on to explain what it was that changed his perspective on the differences of him and his brother's lives by saying, "There was a moment in all of this where I moved to New York and was starting to get some traction with my career and Mike came out to visit and stay, and he looked at me and he said, ‘Every time you feel sorry for me, you make me less,'" Ashton recalled. "He said, ‘This is the only life I’ve ever known, so stop feeling sorry for the only thing I have.’ And that then created an entire shift back to where I think we are today, which is straight up equals. That’s it."

Today, there is no tension or resentment between the twin brothers. Ashton is married to his "That 70s Show" co-star, Mila Kunis, and is focusing on philanthropy work to end child sex trafficking while Michael has become a spokesperson for the Cerebral Palsy Foundation. Michael now shows gratitude for his brother by saying, “Chris [Ashton, who their family often refers to as Chris] did me the biggest favor he’s ever done because he allowed me to be myself.” 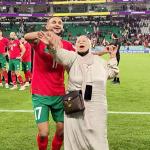