Ask a therapist: How do I get my child ready for school if he doesn’t like it?

Lots of children simply don't like school. Here are some tips to help them prepare for school anyway and have fun doing.

My 13-year-old just doesn't like school. Ever since he got into middle school a couple years ago, it's been pulling teeth to try to get him to go. He has good friends and enjoys school once he gets there - but that's only because he gets to see his friends. If it weren't for his friends, I don't think he'd go!

He gets okay grades: Mostly C's with a few D's. And his teachers don't have any behavioral complaints, either. Whenever I talk to them, they all say they just wish he would be more of an active participant. And I do, too!

The real problem is that with school coming up, he isn't even excited. When it comes time to go school shopping he just drags his feet. I don't think he would do any of it if I didn't drag him along.And he won't sign up for any clubs or extracurricular activities. How do I get him ready for school if he's not excited and doesn't want to?

You're not the only parent in the world who had a child uninterested in school. There may be some important reasons he doesn't like school that you will want to ask him about just in case. Specifically, you may want to ask him about bullying or if there are any kids who are giving him a hard time. That can often make a child suddenly become withdrawn and not want to go somewhere.

Other important things you may want to ask him about is if there have been any other changes in his life such as a divorce, change of friends, or death in the family that he thinks about a lot. These can also lead a child to become withdrawn from school and not participate in things around him.

Another important reason that can cause him to be withdrawn is depression. Check out my article about Is it the Blues or Is it Depression to help you know the signs of depression and if he needs to see a therapist or not.

These three topics are some of the most important reasons you want to investigate first to find out if there's a reason he doesn't like school. These have serious implications and need to be addressed if they're happening. Aside from these three important ones, there may be some other reasons, too.

Maybe he needs a different school

As hard as it tries, the U.S. school system simply cannot meet all the needs of every child in America. A lot of children feel unchallenged or uninterested as a result of the current system. That is often the reason why you see different charter schools, academies and Montessori schools popping up.

Many of these newer kinds of schools focus on specific aspects of academics such as art, science, math and music. If he's not excelling in school, perhaps he would like a different school with a different focus. If he loves art, he might really excel in an art school. This could help propel him into a good art college and even a career in art.

There may be no problem at all

Lastly, sometimes children just go through phases and it takes them some time for them to come out of it. Especially at his age where there are so many biological and developmental changes occurring as a result of puberty. He may be feeling out of place, trying to find his identity among other things. Usually these phases last a few months or even a year. But young people soon come out of it as soon as they find their place.

I hope this helps you as you consider the many reasons why your son may be so uninterested in school. Remember, it's not always a bad thing if he doesn't like school, and it doesn't mean you have to worry about him. Ask him about the important things like bullying or depression and then ask if changing schools would help him get more excited. Good luck! 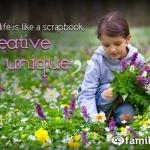 Are You Raising Kids to Be Naughty or…