Ask a therapist: How do I keep my son from hanging out with the wrong crowd?

Many parents get worried when their children begin making bad choices about friends. Find out what you can do to help your child make good friends and keep them.

Q: I'm worried about my 14-year-old son. He has never really had very close friends, but this year he started hanging out with a crowd that isn't the best influence on him. Ever since he started hanging out with them he has begun coming home late, argues with me about doing his chores (sometimes he just won't do them), and his grades are starting to slip. I'm especially worried because school will soon be in summer break and I'd like him to find new friends before then but I don't know how. How can I help him get back on the right track before summer comes?

A: Sorry to hear about your son. It's very common for children about that age to begin challenging the rules (and challenge their parents) more and "experiment" with new friends. Sometimes this is just a phase, and sometimes it lasts longer. As a parent, there are things you can do to help make sure it is just a phase and that it doesn't last too long.

The first thing to do is to be understanding. In early adolescence, children's brains begin to develop and they begin questioning things that they always took for granted. They also become more autonomous. As their bodies are more fully developed, they realize they can do a lot of things on their own and they begin to test limits (and their parents) as to what they can and can't do. This is a good thing. If they don't learn autonomy, as well as learn their own limitations, then they'll have difficulties knowing how to make important decisions and even have difficulty launching from home.

Second, question your rules you have for them. A lot of times parents keep the same rules for their 14 year old that they've had since they were ten. When this happens, teens feel frustrated and begin to act out. In this case, the parents need to get rid of old rules then identify age appropriate rules and implement them.

After you've exercised understanding and identified rules that your teen can do without, the next things to do is to create appropriate consequences for breaking the new rules and the ones that are left. Think of consequences as being like Goldilocks' porridge. They can't be too hot or too cold. They have to be just right in order to be effective.

For example, a lot of parents will immediately take away a teen's cell phone at the slightest infraction of the rules because they know that's the most important thing to their teen. This is overly harsh and your teen knows it. She is going to complain that it's unfair, like she always does anyway, except this time she'll be right. And instead of her learning a lesson she'll just learn to resent you for being unfair. Deep down, a child knows when you're really being unfair and when he's just saying that because he's upset.

Let him choose his friends

When it comes to his friends, it's important to let him choose his own friends. This aids his development by helping him learn how to navigate social situations which will be critically important as he grows older. However, you can set guidelines or rules to make sure that he stays safe and doesn't get into too much trouble regardless of who he's with.

For example, giving him a curfew and making sure you know the names of the parents of the house where he's going to be, as well as his phone number, helps you to be in the know and helps to operate within healthy guidelines by making sure he has friends who have good relationships with their parents. You can set other rules like he has to text back within 15 minutes of when you text him so you can stay in good contact with him.

These guidelines will help him make his own choices but also give him healthy parameters of how to make choices that are healthy. In the end, he may still hang out with the kids that you don't like much. But, at least by implementing appropriate rules and boundaries you can rest assured that he'll be safe and he's making good decisions regardless of who he's hanging out with. Then, you won't have to worry about him having to find friends, either. Here are some more tips on teaching children to have good friends. 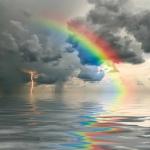 Nurturing Faith in a Secular World