Ask a Therapist: My Daughter Just Started Dating Seriously. How Do I Talk to Her About Sex?

Q: My 17-year-old daughter has her first boyfriend. They've been dating steadily for about six months now and lately she has begun spending all her time with him. And even when she's not with him they're always texting each other. I've walked in on her and she hurries and puts her phone away. I'm worried that they're sexting. And I'm also worried that they're thinking of having sex (if they haven't already). Our family believes in celibacy before marriage and she knows this. How do I talk to her about her and her boyfriend without coming across as "pushy" or "preachy" but still let her know that we expect her to be celibate until she's married.

A: A lot of parents feel trepidation when it comes to talking to their teen about sex. As a result, most parents just avoid it altogether. I'm glad to hear you're reaching out for help because the worst thing a parent can do is just avoid talking about it.

In our sexualized society, your children are bombarded with messages about sex. And if you're not talking to them about it, they're learning it from the Internet, friends at school, etc. Which are the worst possible sources.

Tips to talk to your teen about sex

1) Don't be shy about it, just talk about it

There's no substitution for talking about it. Sure, there are books and even classes your children can take but these might not share your personal values. They might also teach them about things you're uncomfortable with. So talking with them is the best way to go.

Talk frankly and candidly with them about sex. Try not to be nervous because it'll just make your teen even more nervous. And be willing to hear their questions (even if they're "stupid") and answer them directly. Most importantly, make sure that you don't criticize, scold or judge when they ask questions or tell you things they know. Create a safe environment where they feel comfortable talking about anything and answer their questions directly.

You may want to use anatomical words such as penis and vagina when talking to your teen about sex. He probably understands what these are. But when you use his words, he understands it more. And it makes him feel more comfortable, as well. If you don't know what words he uses, start off with the anatomical words and ask him what he has heard it called before.

If the words teens use are vulgar or offensive, go ahead and offer a correction but be careful. You don't want her to feel like she's being judged. Just say something like "I've heard that before, but it's kind of vulgar/offensive because (insert reason here). Would you mind if we called it (x) instead?

3) Don't just have one talk, have many

Forget about "The Talk" and think of it more like "The Talks." A lot of parents believe that they need to have one all-encompassing talk with their children about sex. But the truth is, there needs to be more than one. Your teen will have a lot of questions as she grows up. And you may tell her something that she doesn't really understand until later, too. So instead of trying to cram it all in at once - spread it out.

This also sends your teen the message that it's OK to talk to you about sex. And it also helps her feel more comfortable to talk to you when she has questions. Instead of him feeling like the boat has sailed, he will feel comfortable bringing it up to you anytime.

4) Feel free to talk about your own values

You're not a school. You don't have to be afraid of impressing your values on your children. You're his parent. You should talk to your teens about values. Where else will they learn them? If you believe in celibacy before marriage, feel free to share this with them. If you believe certain sexual acts aren't OK, talk about that, too. But leave them room to form their own opinions or else they probably won't come to you with questions anymore.

Remember, the worst thing you can do is sound judgmental or critical of your teen. Be respectful of things you disagree about and hear him out. You don't have to agree on everything. But she DOES need to feel like she can talk to you in case she is thinking about something that can cause problems for her in the future (like sexting or sex without birth control.)

There are plenty of things to worry about as your teen sets out to discover what the world has to offer. Discussing sex with a parent shouldn't be one of them. 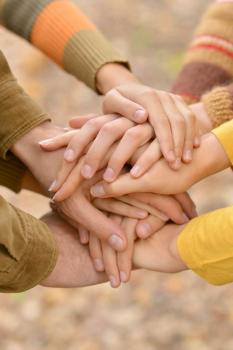