Teenagers Need to Know How Powerful the Words They Speak Are. Help Them See That Saying Positive Things to Others Will Fill Their Life With Many More Friends and a Lifetime of Happiness.

Boys may not realize the power of the words they speak, especially to girls. What they say to them can be significantly important in helping these young women feel good about themselves. Just a simple kind word from a guy can make a girl feel like a million bucks. This doesn't mean he uses flattery. To the contrary, these words, or comments, need to be genuine not gushy or insincere.

For a youth activity a church group of young men tried what they called "An Experiment with Words." They were motivated by the song "Words" from the Christian rock band Hawk Nelson that talks about how words can lift us up or break us down.

A newspaper reporter wrote, "Inspired by this message, the young men wrote words and phrases about each young woman while the girls were in another room. They then had each girl come into the room to be surprised with the positive words from the boys. The girl's reactions were more enthusiastic than Johnson [their leader] or the young men had anticipated.

"'From that very first reaction we thought, 'Oh boy this is pretty cool,'" Johnson said. "I don't necessarily know what we were expecting per se, but it was different. There was something just in the air that you could feel that said, 'Yeah, this is what can happen when you treat people the way that they need to be treated.'"

"The girls enjoyed their experience so much, they all stayed in the room to watch as the rest of the girls came in and read the kind words written about them." (Deseret News, March 27, 2014)

These young people learned how important a positive comment about someone can be. Their youth leader videotaped it and it's now on YouTube for all the world to see. And it is definitely worth seeing. As you look at the video notice how simple the words are, and yet how powerfully they affect the young women. Watching the expressions on the faces of the girls as they read the words is priceless. Take a look. [https://www.youtube.com/watch?v=iSaYbQ4kGGM&feature=playerembedded](https://www.youtube.com/watch?v=iSaYbQ4kGGM&feature=playerembedded).

What makes this so powerful

The most important thing that will happen when young people start doing their own experiment with positive words is that they will feel happy inside. It's not possible to make someone else happy without it rubbing off on you.

Show the video to your own kids and let them catch the vision. Talk about the power of using and giving positive words to others. Have them report back to you about how it made them feel. It might be fun to do this experiment at home for practice. Think of the love that could bring into your family. 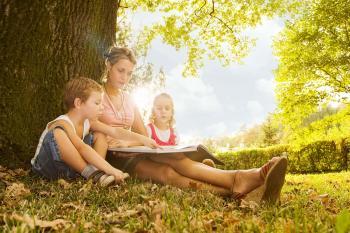