Autism Challenge Can Be Nurtured With an Understanding Public

Parents of Autistic Children Face Difficult Challenges When in Public. Through Autistic Awareness and the Kindness of Others, the Challenges Can Be Lessened.

For parents of autistic children, a simple meal at a local eatery can be disastrous, but one positive story posted online went viral back in the spring.

Seven-year-old Arianna, who is autistic, goes on outings with her sister Anna Maclean and her husband, Alex once a week. On this particular Sunday, they were eating together before visiting the Easter bunny. Arianna had ordered her favorite meal, a cheeseburger and fries at Chili's Grill and Bar in Midvale, Utah, and then did not want to eat when her meal was placed before her. Why? Because Arianna saw the burger cut in half on her plate and thought she had a "broken burger."

This made the situation uncomfortable for Maclean who had a lot of experience with Arianna at restaurants. As it was reported in a Today.com March 28, 2013 article, Maclean explains, "We always expect to have to pay for our meal early on and leave because Arianna gets too overwhelmed. But sometimes she surprises us, it's unpredictable."

This visit was unpredictable. Lauren Wells, their waitress heard about the family's dilemma and immediately fixed the situation by bringing Arianna a new "unbroken" burger. Arianna was so happy to have her burger "whole." What could have been a meltdown situation for Arianna and her family turned out to be a wonderful experience for everyone because the waitress was understanding of the situation.

What was even more surprising was the reaction after Maclean snapped a photo of Lauren and Arianna and posted the story on Chili's Facebook page. The posting went viral with more than 800,000 likes and nearly 50,000 comments.

For parents with autistic children, an outing to anywhere unfamiliar with their surroundings can often be difficult and exhausting. Those children diagnosed with Autism Spectrum Disorders range from Asperger's Syndrome, a milder version of autism, to the very severe uncommunicative forms of autism. Symptoms typically last throughout a person's lifetime. These neurobiological disorders affect a child's social and communication skills and have afflicted 1 in 110 individuals all over the county. So, it is not unusual to see parents dealing with autistic children at the grocery store, movie theaters or restaurants.

This experience ended happily, but for many parents with special-needs children public melt downs can invite looks of scorn from others who don't understand the situation. From a study posted on today.com July 12, 2012, parents with autistic children say their biggest challenge is dealing with the judgments of others in public when their children's behavior turns unpredictable.

The study from the University of Birmingham headed up by Amanda Ludlow, a lecturer in psychology, interviewed 20 parents whose children have the autism syndrome. One recurring experience which emerged from the interviews was that the parents felt judged by other adults when their children acted out in public. Parents must deal with the behavior of their autistic children differently than what most people can understand.

Help for parents can only go as far as their surroundings so there are a lot of things that others can do to help the situation. From Lifescience.com, Karen Rowen reports the following, "The best thing people can do, if they see a child acting out, is offer to help the parents. Even as strangers in the grocery store, others can tell a store manager about broken items from an unexpected tantrum or help watch the other children in the family while the parent can focus on the autistic child."

An autistic child's public melt down is a perfect opportunity to explain to your own children about autism. Hearing you do so can also stop the judging by other bystanders.

Rearing children with autism is definitely a challenge for any parent. But with public awareness and understanding people like Lauren Wells at Chili's Grill and Bar in Midvale, Utah, there is hope for many parents dealing with their special needs children. 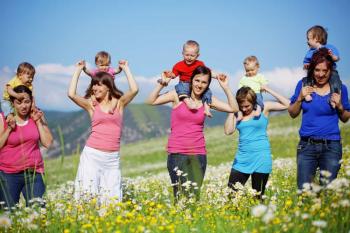