His Wife Thought He Was Losing His Mind.

The birth of your first child should be a wonderful experience, but for Ben Ryan and Katie Smith, the birth of their son, Sol, was followed by a huge upset. Due to a complicated labor, blood clots formed in Sol's left arm. Doctors had no choice but to amputate Sol's arm just below the elbow only 10 days after he was born.

Ben wanted Sol to be fitted for a prosthetic arm immediately, but no proper prosthetic arm would be available until Sol was three or four years old. With his background in psychology, Ben felt that it was important for his son to have an arm as soon as possible.

"It just made sense to me that in order for his brain to develop so that he would eventually accept more advanced prosthetics with fully functioning hands, that I need to do as much as I could early on," Ben said on ITV News.

So, Ben left his job and focused on developing an arm for his son

He had no experience with design or prosthetics, but with the help of YouTube and a nearby university, he was able to start developing prototypes.

"He was in his shed at the bottom of the garden and I wouldn't see him for days", Katie said. "To be perfectly honest I thought he was going a little bit mad."

At five weeks old Sol was fitted with his first plastic prosthetic arm. The new arm helped Sol get the feeling of the weight of an arm, but there was no movement in the hand. Ben wanted his son to eventually be able to pick things up.

He's nearly got the hang of this!

One night, as Ben contemplated his young son's arm, he observed a spider on the ceiling. He knew the spider moved its legs by using fluid pressure (which he had learned previously from a nature TV show), according to his interview with Good Morning Britain.

That inspiration led to the idea of a hydraulic prosthetic arm

Trying to decide which prototype I like the best. The top one was put together a year ago today. I printed the bottom...

While Ben developed his ideas, he used Facebook to gain support and advice from professionals by showing his designs and asking for advice.

In the meantime, Sol started to get accustomed to his first arm

Sol was full of energy, he constantly smiled

Ben made many prototypes

Finally, after almost two years, Ben developed a prosthetic arm with a moveable thumb for his son

This page helps tell the story of Sol, a little boy who sadly lost most of his left arm following an injury at birth. My name is Ben Ryan. I am Sol's father and I founded a company to develop and distribute the devices I invented to children like Sol - all around the world. The new technology is called 'body powered (and power assisted) hydraulics'. Flexible fluid-filled compartments in the socket of a prosthetic arm are used to operate a gripping mechanism. It's very fast and intuitive to use, requires no batteries and will be suitable for infants aged 10 months and above - during a period of explosive brain growth that is not very well understood. The arms we are developing can be 3D printed (or Additive Manufactured to use the proper name) so I called the company AMBIONICS.

Here you can see Sol with his first wearable, 3D printed hydraulic arm. That reaction alone was worth the effort 🙂

The hydraulic arm makes it possible for Sol to grab objects. Ben hopes to patent his design by October 2017.

His company, Ambionics, has gained a lot of support from family, friends and strangers through his crowdfunding campaign, but he is finding another job to keep paying the bills.

He plans to continue designing and working on this new arm not only for his son, but for children around the world

Just over two years ago, Ben was lecturing about psychology. Now he is changing the world because of his love for his son.

It's tiring being this awesome..

Posted by Ambionics on Saturday, February 25, 2017 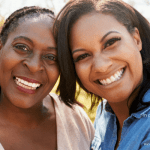 16 Signs You Have the Best Mom Ever