Battling on the Frontline of Life

Caregivers of Children Often Find Themselves Exhausted at the End of the Day as a Result of Dealing With Power Struggles With Their Children. How Do You Reduce These Power Struggles and Enjoy Your Relationship With Your Children?

Battles fought between a child and parent are often due to two reasons. One, is power and control. This is true for most battles. Parents often make threats in order to win the battle. Some of these threats are unrealistic (i.e. if you don't pick your wet swimsuit up off the floor then you will never go swimming, again). Children talk back or become defiant in these battles. Children want to have some independence, and it's healthy for them to learn independence within healthy guidelines. These guidelines allow them to feel secure and loved.

When flying a kite you allow it to soar, but at the same time you hold the string. By holding the string, you allow the kite to fly smoothly with guidance and security. If you let go of the string, the kite loses the strength it needs and thus flies uncontrollably until it crash lands. This is similar to parenthood. We need to allow our children to soar and fly, but guide their choices to prevent crashes.

The second reason is misunderstanding. For example, as your child is watching television and you tell him/her to turn it off and go get ready for bed, you suddenly find yourself dealing with a tantrum. Why? Children have difficulties finding words to express their emotions and thus will go straight into tantrum mode. In this situation, the television may have been turned off during the show, and this may be upsetting the child. Without listening to how the child felt we may assume that perhaps the child doesn't want to go to bed and is being defiant.

How do you reduce the amount and degree of battles you fight with your children? First, ask yourself "Is this a battle worth fighting?"

One way to eliminate, or reduce, battles is to give choices. For example:

Parent: Johnny, it's time to get ready for bed. Would you like to watch TV for 5 more minutes then get ready or turn it off now and go get ready?

Parent: Johnny, five minutes is up would you like to turn off the TV yourself or have me turn it off?

Johnny turns the TV off

Parents: OK, Johnny, would you like to put your pajamas on or go brush your teeth?

This dialogue continues until lights are turned off, and Johnny is in bed.

The second way to reduce battles is to determine whether or not it is a battle worth fighting. To determine this, ask yourself these questions:
Am I just nit-picking?
Is this a situation in which the child is hurting herself or others?
* Will correcting this situation really matter in the long run?

Here are a few examples.

You have just made spaghetti and meatballs for dinner. Your child states that she does not want to eat the spaghetti, just the meatballs. Do you really need to fight this battle? No. At least your child is agreeing to eat something that was made for dinner.

Your child is chasing the neighbor kids with a stick. Is this a battle worth fighting? Definitely.

Your child has chosen to wear their pajamas backwards for the night. Is this a battle worth fighting? No. It will not harm him or anyone else in any way. Neither will it matter in the long run.

Those are just a few examples of times that it would be necessary to fight a battle and when it would not be necessary.

By choosing which battles to fight we are allowing our children to enjoy their relationship with their caregivers, and vice versa. Parenting will be less of an energy strain. By giving choices and reducing the amount of battles fought, it allows the child to feel that you trust that they are capable of making good choices, improves their self-esteem, allows them to have the independence they need and reduces power and control in the relationship.

Laura da Silva is a Licensed Clinical Mental Health Counselor and Registered Play Therapist - Supervisor. She is on the board of the Utah Association of Play Therapy. Her Mental Health Practice is located in Sandy, Utah. Website: www.dasilvacounselin
nextarticle 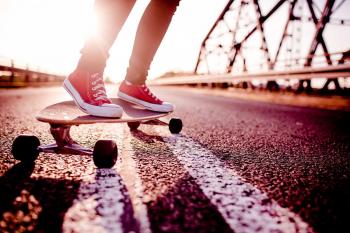