Being open with your child

One mom's embarrassing moment turned into a pivotal point in establishing comfortable and open communication with her kids.

I remember the first time my oldest child asked me about sex. He was 12 and I was behind the wheel of my SUV in the grocery store parking lot. I was shrieking on the inside. After a long pause and a deep sigh, I said, "Do you really want to know what sex is? Ask your father."

The poor little guy's shoulders sunk in disappointment as he explained he was the only one of his friends who didn't know and they weren't telling him. I took a deep breath and finally told him, honestly and openly, what he wanted to know as we walked into the store. Once I divulged the basics of the deed, my mouth continued to inappropriately ramble on about the different slang words used for body parts as we passed hotdogs, sushi, pickles and various items down the aisles.

I dreaded that day for years and held hope his dad would be the one to explain it to him. I really didn't want to be the one to describe the intimate act of sex to my sweet and innocent son. Little did I know this small act gave him the ability to ask me anything. While I get a chuckle when asked, "What is douche?" after a Summer's Eve commercial, I find solace in knowing he is comfortable in asking me and not relying on inadequate sources like his friends or the Internet.

Here are some tips for establishing open communication lines with your kids.

My kids had some occasional moments of hesitation. Sometimes I could sense the curiosity and fear, so I would give some general answers before they could ask. The important thing was to keep the door open. I have held the motto, "No question is too dumb or embarrassing to ask," and I always answer it as honestly as possible. Kids do have access to the Internet, after all! Wouldn't you rather be the one to offer the factual answer and be allowed to interject your opinion or moral stance in the matter?

Some parents are blindsided by some of the questions asked by kids. How you react will define his comfort level in approaching you again in the future. If you choose to blow up, overreact or lecture, he may never ask you again. However, if you treat your child's question with calm, serious attention, you may find yourself in a closer relationship.

There will be times when you might feel like running away on the inside. You might say too much. You won't always approach it right. And you won't always have the answers. Give yourself the credit - you are at least trying.

Be willing to talk

Once I established an open dialogue with my kids, I found it easier to discuss issues like drugs, alcohol and premarital sex. They were more willing to share with me the problems they were having at school or with peers. As they've gotten older, the questions and discussions have evolved into intellectual conversations.

Do what you feel is right

As a parent, only you can decide what is right for your child. Your parents and in-laws may give an opinion, but how you raise your kids is ultimately your choice. I faced a lot of criticism from family members for being too liberal with the information I've provided my kids, but I have no doubt or regret. I've made the right choice for me. My kids are now in high school. They are responsible, objective and have respect for me. I love my teens. Don't all parents want to say that?

Abby Patonai is a Utah native and divorced mother of two teenagers. Contact her at abbypatonai@gmail.com.
nextarticle 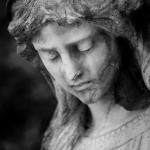 Beyond Condolences: How to Truly Help Those Who…