Make Sure You're Fighting the Right War.

At 8 p.m. on December 19, a truck plowed into a Christmas market in Berlin, Germany killing 12 and wounding 48 others, police said. Although police are still investigating whether this was a terrorist act, witnesses are saying the crash was no accident.

As reports of the tragedy continue to roll in, thousands of people are reaching out in love to those hurting in Germany.

Deeply saddened by news of deaths at #Breitscheidplatz Christmas market. My thoughts are with the victims. Europe stands ready to help.

Others are grasping to understand the event.

But an ugly side of humanity has also emerged. It's a side that's always lingering, but is never so apparent as when events like this happen.

It's the tendency to lump all Muslims as terrorists, and it happens every time.

The blanket hatred of a people

In 1933, Adolf Hitler flooded Germany with posters, films, newspapers and radio programs all focused on one thing: defining an enemy. It was through these tactics that he convinced much of a nation that Jews were an alien race. They were portrayed as people who fed off their host nation, ruined the culture, stole jobs and enslaved workers.

He did the same for homosexuals, gypsies and those with disabilities - lumping them all into one hateful category.

And he was alarmingly successful. He killed about six million Jews, which meant at the time, two out of every three European Jews were killed.

Are we falling into that same trap?

@MimoAmirov @AmyMek Muslims have only themselves to blame for the growing hatred of Islam.

Reading the comments on any of the Berlin tragedy news stories shows strong evidence that we are. Earlier this week, I heard a casual joke told linking all Muslims to terrorists. Some laughed. Others hardly reacted. I wanted to scream. None of us corrected it. None of us stood up against such a damaging view.

The events in Berlin are tragic. What happens every day in Aleppo is horrifying. These are people who need help and prayers - not racism and stereotypes.

Human nature craves a common enemy. With terrorist attacks occurring so frequently, there is certainly an enemy out there, but let's not confuse a whole religion or nationality as that enemy. 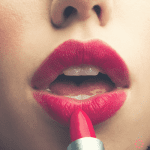 10 Products That Will Make You Appear More…