Besties or Beasties? 6 Signs Your Kid is in the Wrong Crowd

In a Perfect World, Parents Could Choose Their Kids' Best Pals. Friends Influence so Many Aspects of Your Child's Life: Appearance, Grades, Hobbies and Behavior. How Can You Tell When Your Kid Isn't Hanging Out With the Right Crowd?

Your children's friends have a tremendous impact on their behavior, self-esteem, hobbies and grades.

No parents want their kid hanging out with the local juvenile delinquent. It's true that sometimes parents jump the gun in judging their kids' friends, but when your child's looks and behavior take a 180, it may be time to pay more attention to who his pals are.

The following signs can indicate problems in the friend arena.

If your daughter suddenly acts unsure of herself (too fixated on her hair and clothes or overly preoccupied with her weight), her peers may be the culprits. She may be trying too hard to fit in with a certain clique.

My tween daughter faced this situation this year at school. The "popular" girls in her class alternated between including her and shunning her, which was jarring for us both. One evening she told me that when a random classmate joined their group at a table that day, a member of the clique whispered to my daughter, "Who told her that she could sit with us?" My daughter decided then that she didn't care anymore about being included with that group.

Oh, that all girls were sugar and spice! Unfortunately, some girls can be monsters - especially about physical appearances.

One of my sons was usually pretty agreeable and respectful at home. After he started hanging out with his new buddy, he began talking back and pushing my limits. Puberty was part of it, but I think his friend (pegged as the naughtiest kid in the class) was an influential part of my son's new attitude. Fortunately, the friendship fizzled out a year later.

Grumpiness, lashing out, and disobeying household rules may stem from a new friend's negative influence.

When your teen starts to hide her texts, lock her bedroom door and act withdrawn and secretive, naturally you wonder what she is hiding and who her cohorts are. A worse case scenario may involve drinking, drugs or other unhealthy behavior.

It's challenging for parents when their children become untrustworthy. Being there for your kids, setting strict parameters and maintaining consistent discipline can help keep them from straying during their teen years.

Naturally, your kid's interests will change and evolve as he grows older. But when he has a wholesome passion that he suddenly downplays or hides from his new best pal, perhaps the friendship isn't in his best interest.

One of my sons used to adore primates. By age 10 he had conducted enough research to write a dissertation on orangutans. His obsession was healthy and I was so pleased with his motivation to study and learn about chimps and apes. When he began to act ashamed of his hobby in front of a new friend, I secretly wished the friend would take a hike.

Perhaps my son just outgrew his hobby, but if your kid is in the thick of something great (cars, horses, computers) and suddenly and completely loses interest, there may be more to the story.

If your typically conservative son dresses in his usual jeans and a T-shirt on Monday but by Friday he's sporting black eye make-up, combat boots and a trench coat, something is probably amiss. When your teen suddenly and dramatically changes his style and attitude (and it isn't Halloween) it's probably time to find out who his friends are. New piercings and tattoos are other obvious red flags.

An extreme shift in clothing style is usually a sign of rebellion. Maybe there are problems at home, or perhaps your teen is being influenced by a new set of friends. This situation is tricky for parents because they don't want to offend or push their children further away. But if the clothes are too revealing or offensive, it's time to take action and enforce boundaries.

If your daughter's normally high grades have started to slip, her friends might be influencing her schoolwork. A loss of interest in school, failure to complete homework, excessive tardies and detention could mean she is hanging out with the wrong crowd or even engaging in questionable activities.

As parents we want our kids to excel or at least perform to their potential. Good grades are critical for college-bound students. To get your child back on track, I'm not opposed to offering rewards (okay, bribes) for good grades. Talk to your kid's teachers and principal. Do whatever it takes to motivate your student!

Though it's easier to influence your kids' friend choices when they're younger, observant parents can gently steer their children away from troublesome pals. Limit the time they spend together after school and on weekends. Enroll your child in a new lesson or sport, and increase family activities. If a recent conflict at home has your child turning to rebellious friends, try to give her more of your time. Get to know her friends by inviting them over or offering to chauffeur them around. Set clear rules and curfews and enforce them.

Keep in mind that most friendships wax and wane. Hopefully, that sketchy friend will fade away once the relationship has run its course. 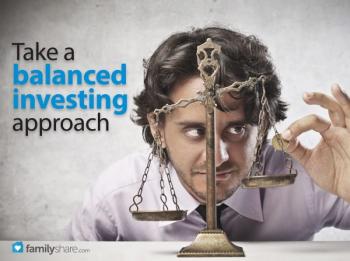