Have you ever prayed a scary prayer? The kind of prayer that stays with you. I had been praying for the easy path, but it wasn't working, so I started praying differently. It was the most dangerous prayer I ever prayed. It's one He is sure to answer.

Have you ever prayed a scary prayer? A scary prayer is one that when you said it you wished you could take it back. I mean the kind of prayer that stays with you for days. The other day, I experienced this.

It was both a prayer of desperation and exasperation. It wasn't something I prayed haphazardly. It was an all-in-the-moment for me. It was a place of no return. A one-way ticket with God to a life of significance.

Let fear be your guide

It all started when the Lord asked to do something I didn't want to do. I wasn't trying to be obstinate or disobedient. I had good reasons for not wanting to do it. The biggest reason was fear. Fear can be a horrible motivator and an even harder master. It's not always a bad thing to have fear because it has often kept me from doing something stupid. At times, it also kept me from doing something great. It tends to be the double-edged sword. We can both live and die by it.

Rise to the challenge

I wrestled with God because what I was being asked to do was hard. I knew it would be difficult and painful at times. I have this thing about pain; I try to avoid it. What I was being asked to do would require me to rely on the Lord like I never have before. It would require a level of faith and trust I've never walked in. Looking back, it seems as if the past few years were simply the boot camp and training grounds for the task at hand.

If you ask, don't fear the answer

I found myself asking God why he wanted me to do it. I was just starting to get comfortable in my situation. I started making excuses that I didn't have the right skills or experience to do it. I tend to be the excuse king and can justify almost anything. In fact, as a pastor I can spiritualize just about anything as well. I keep the "God card" in my back pocket like an ace of spades, just waiting to get me out of a poorly dealt hand. It didn't work this time because God doesn't play games.

The Lord's request haunted me for days. I didn't know what else to do but keep praying about it. It's funny now because I was praying for God's will about a situation he had already told me was going to happen. I just didn't have all the information or understand it at the time. I had been praying for the easy path. After a few days I realized I couldn't get out of it, so I started praying differently.

I prayed not for an easier life, but to be a stronger person

If God wouldn't let me take the easy path, he would give me the strength to do it. After I prayed those words I felt liberated. It was an honest prayer and somehow I think it pleased God. I almost get the feeling it made him smile, like a proud father would. I think it pleased the heart of God. It was the most dangerous prayer I've ever prayed.

The Apostle Paul understood this type of prayer as well. He wrote in Philippians 4:13, "I can do all things through him who gives me strength." This verse wasn't a trite saying he used to make people feel better. As an apostle, he probably experienced more pain than any other man alive, except for Jesus. He was shipwrecked on three different occasions, beaten with rods three times, jailed on a few occasions, went hungry and naked, and bitten by a viper at least once. This verse looks differently now because it's not just a scripture verse, but also a mantra of faith for me. I truly can't do it without him.

God doesn't want to just take up residence in your life; he's looking to take over

It's a prayer for God to invade my circumstances. Yes, it's a dangerous prayer, but an exciting one. It's exciting to see what God is going to do in this situation. It's both a prayer of surrender and total abandonment. I felt like a kid jumping into the deep end of the pool into my daddy's arms for the first time. It was simultaneously scary and exciting.

The Lord would never ask me to do something he's never done before. Before his death, Jesus prayed the same kind of prayer in the Garden of Gethsemane. He prayed, "not my will, but your will be done." It was a dangerous prayer because it cost him his life, but it changed the world. It's impossible to change the world while avoiding risk and pain. I prayed this prayer because I want to change the world as well.

Sure, it's a dangerous prayer, but it's one He is sure to answer. 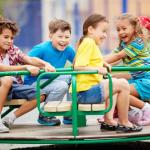