Bullying: Resolving it at home

Like it or not, some parents will need to come to terms with the idea that their child is a bully. Being a good parent in this case may mean acknowledging that there is some truth to what you are being told about your child's behavior.

Then it occurs to me to ask the question, "Is it my child? How would I know and what do I do?"

Some of us aren't terribly excited to know the answer to that question. Looking in the eye of the beast is painful and a little scary. Sometimes it is like looking in a family picture or a mirror.

It's not pleasant to hear that our child is considered a bully. It's normal for a parent to defend their children when someone makes that dreaded phone call saying that there is an issue with a son or daughter and bullying behavior.

Pleasant or not, parents would do well to listen to any information about their child coming from a reliable source. That source is not having a pleasant time at the moment either. Being a good parent in this case may mean acknowledging that there is some truth to what you are being told about your child's behavior.

Looking a bully in the eye

Try to stay open minded as you look at your child with different, though still loving, eyes. We all want our child to be kind and gregarious. He still may be this way inside. Outside, however, he may be the kid we want to warn our own children to stay away from.

If there is a possibility that your child is a bully, here are some characteristics that you may notice:

Defiance, and a hostile attitude

He needs to always get his own way. He's a hot head, and his temper gets him into trouble. He treats his own needs as a 10 on the scale, and the needs of others as a 1.

He shoves, pushes, hits and hurts others usually when you are not paying attention. Has your child been in a physical fight recently?

He mocks and makes fun, puts people of all ages down.

He is malicious and spreads rumors that are hurtful. He uses information about others to keep himself in a one-up situation, a position of power.

Adults at the school mention to you that he is disruptive. He shows little respect for authority, and may be starting to have a problem with missed classes or sluffing school altogether.

He uses electronics to create and post inappropriate, socially unacceptable messages. He keeps his devise usage away from you and deletes all his activity.

The rating on his movies and video games warns of violence. He acts out and quotes what he sees and hears from these forms of entertainment.

Your child is cool with his parents and his brothers and sisters. He acts as if he owns his group of peers or that he is entitled to what others have.

Excuses his behavior by blaming the victim

"If Brandon weren't such an idiot and always in my seat," he says, "then I wouldn't have punched him and broken his I-pod.

Spends a lot of time unsupervised by an adult

He is often on his own. There is a combination of a lack of supervision, inconsistent discipline or overly strict, almost abusive discipline. An authority figure responsible for your child is harsh, critical or extremely permissive.

Destroys property of others

He has little respect for family members and their belongings. He takes things that do not belong to him. He may even be shoplifting.

Bullying comes in many forms

Watch for what side of the line your child stands on in a bullying situation? Does he gravitate to the victim or the aggressor? Does he feel that being on the side of the aggressor make him less venerable? Bullying comes in different strengths, levels and forms.

As a parent, it is our job it to be aware, and be proactive. When there is a bullying problem with our child (regardless of the side) it could very well be solved at home with you.

Talk to your child

Establish and reiterate appropriate principles and live by those principles. Also, it's important to set a good example of appropriate behavior and the treatment of others.

After discussing this with him, a quick course of action is to watch what he does when he thinks you (or an adult who may have influence with you) aren't watching. Find a way to see what is on his Facebook, phone and email.

In short, establish yourself as a parent who knows what is going on and is ready to take positive action toward curbing bullying behavior or protecting your child from bullies. 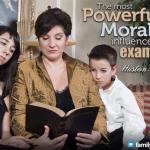 How to Be a Good Example For Others