Can being a picky eater be a symptom of depression?

We all have food we just don't like but for some extremely picky eaters it could mean more than just not liking broccoli.

If you have a picky eater, dinnertime is a struggle. If you have two picky eaters, forget it. It's a common household dilemma having to work around so many foods that are just "off limits." The idea that your kids won't eat certain foods isn't unheard of, as this hilarious Instagram account proves. Though these posts are pretty funny, seriously picky eating isn't something to joke about.

A study at Duke University reported a potential connection between finicky eaters and having a high risk of depression.

The study tested children they considered as extremely picky; kids with eating habits that made "meals at home difficult and meals out all but impossible." While not everyone studied made the cut, kids classified as severely finicky were twice more likely to have a depression diagnosis, and seven times more likely to have a social anxiety diagnosis.

Before you panic, the results of the study weren't conclusive enough to act as a concrete diagnosis. Just because you have a picky eater doesn't mean they are depressed or are overly anxious. Nancy Zucker, the director of the Duke center for Eating Disorders, said that picky eaters "have a richer, more vivid life experience." This can help explain why they are so particular and sensitive to foods, colors, textures, and life in general. This heightened sensitivity also could help contribute to having more depressive or anxious thoughts.

Having a kid that won't try new foods isn't something to be concerned about, unless their eating is putting stress on your child and your family. Zucker explains that they may not grow out of their eating anxieties, but talking with a professional could help.

Do keep in mind though that picky eaters are very common. This NPR article mentions how being picky is biological: your mind helps you eat peaches, but not poop. Being picky can also just be an exaggeration of your mind's natural defense against poisoning.

While it takes an adult one or two tries to help them decide whether a new food is liked or not, it can take kids up to eight exposures to make the same decision. Extremely picky children can need up to 52 exposures.

52 exposures may mean a lot of refused cabbage, but it could help your child get over their finicky eating habits. It will be a lot of work, but Zucker said it can be done. She suggests that adventurous eating happen around snack time, so dinners are about spending time together, not fighting about vegetables. 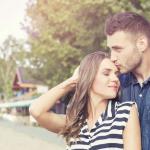 How to Change Your Marriage in One Week