Can Your Child Overcome a Bad Name?

Your Child is Going to Have This Name Until Death Does He Part. With Any Luck, Raw'bert Won't Mind Your Creative Spelling.

What do these very real baby names have in common? They were given to babies whose parents will be spending a fortune on psychotherapy.

My daughter colored her name, a God-fearing, normal name - one that I could yell in the mall without looking like I was having a spasm - all over the wall in purple marker. Her name was easy to spell and garnered no funny looks from elementary school teachers when the roll was called.

Said daughter is about to have a baby. Here are a few of the names she is considering:

Tessica. Polaura. Brianna Ole'.This is the list of girl names, and not skin ailments or beverages from the drink cart on Mexico Air.

Before I mention the boy name options, I must apologize to all the gentlemen out there named Ralph. Not Ralph as in Rælf, but Ralph as in hurl. It would do the kid better to just invest now in a jersey with "My-mom-may-have-been-dropped-on-her-head" or "Never-gonna-have-a-serious-relationship" embroidered on it.

"...And here comes the offence..." says the sports announcer for the high school basketball game, "...and it's lead by Place-your-mother's-stupid-idea-for-a-name-here."

I am usually easygoing. Since I am not raising the grandkids, I generally stay out of these decisions. I will admit I am partial to names that can't be followed easily by a "Bob," "Boy," "Bo" or "Ray."

Listed after Caius was Fervor. And then Churchill (because it hasn't been used in so long!) I left the room and gagged a little. My daughter, however, followed me to the bathroom - with her list.

Let me mention a few of the suggested names she shared with me while I was busy Ralph-ing.

The scenarios I imagined while she read her list? "Introducing this year's 'Man Most Likely To Succeed,'" Marian Cheney!"

"I'd like to introduce you to my grandson, Rhelei."

"How are ya doing, Saylor?"

"Ladies and gentlemen, please face Americus and repeat the Pledge of Allegiance."

My poor grandkid may be better off with a prank name that sounds as if it came from one of Bart Simpson's calls to Moe's Tavern - Mayo Normousbutt, or Yuri Nater.

If she was really thinking about the future of her baby, she would name it after a rich relative to ensure that he will have money for college. Calliope isn't such a bad name if there is enough tuition money involved.

I have heard all the arguments. I know that sometimes a boy named Sue ends up being a real go-getter who can take on anybody who gets in his way. But he could also end up an anesthesiologist with a penchant for collecting milk bottles and making soap carvings.

Please, all you youngins who are having babies and naming them, run through this list before you make a mistake that will be, literally, written in the annals of time:

1. Could this name be easily mistaken for a name of the opposite gender?

2. Does the name remind you of someone you'd borrow a lawn mower from?

3. Is this name easily twisted into something that would be edited out of "Breaking Bad"?

4. Would this name look good as a tatoo?

5. If you call the name in a park, will a labrador come running?

Your child is going to have this name until death does he part. With any luck, Raw'Bert won't be haunted by your creative spelling.

I suppose that anything is better than the new mother-to-be who saw the words "Nosmo" on one door and "King" on the other. Thinking it a sign from heaven and a grand name for her newborn, she wrote it on her cherished son's birth certificate for his first and middle name. Nosmo King.

I know, I know. Naming her own child is my daughter's responsibility. But, if she picks wrong, the investment in a good therapist will be as well. 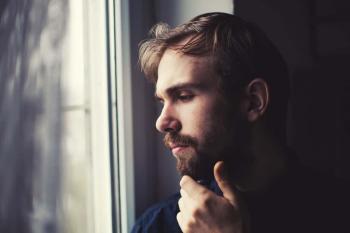