Child feels tingling in his throat; doctor is shocked when the X-ray reveals this dangerous cause

A Family Lunch Ended With a Nightmare. Now His Mother is Warning Other Parents Not to Do the Same.

During the summertime, it's normal to invite friends and family over for a barbecue.

Before barbecuing anything up, it's important to clean the grill, as it can get dirty being exposed to the outside, or at least that's what a mother named Nadia thought. She started by cleaning the grill with a stainless steel bristle brush and left it ready to roast the meat.

The whole family gathered in the backyard to eat some hamburgers and enjoy the day together. However, accidents sometimes ruin the fun.

Anthony Fiore, Nadia's 6-year-old son, was very excited and was the first to grab a hamburger off the grill. After just a few bites, he said he felt a tingling in the throat. In a matter of minutes, that tingling became a sharp pain, preventing him from breathing.

Anthony's pain was growing stronger, so the mother took him to the hospital to be treated. The doctors moved him to the X-ray room, where they discovered a small piece of metal lodged in his throat. It was part of the bristle brush his mother had used to clean the grill.

A surgery to save his life

The doctors performed emergency surgery to remove the metal bristle, fearing that it could go down to the stomach and affect the organs of the body if they waited too long. Fortunately, the surgery was a success, Anthony was no longer in danger.

However, the little one developed a strong infection by swallowing the metallic bristle full of bacteria and germs, which was treated with antibiotics.

Unfortunately, Anthony's case is not that unique; there are many similar accidents, like 52-year-old Cheryl Harrison, who found several steel wires in her fresh-off-the-grill hamburger.

Accidents of this type can be avoided by paying attention while cleaning the grill. Chemicals and just regular wear can cause rust on the surface, putting your family's health at risk.

Avoid using metallic steel fibers as a safety measure. It is better to focus on enjoying the day with your family and friends, without having to worry about any accidents. 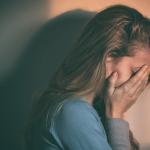 If Your Boyfriend Does These 13 Things, He'll…