Children are starving and YOU can help. Here’s how.

If You Knew How to Easily Make a Difference, Would You Do It?

A perfect and beautiful Nigerian child is born. The child is brought home safely and, luckily, the mother is safe after the childbirth as well. The mother walks in the front door with her newborn and cannot help but smile. Life is good and the child is safe.

Years go by. The mother places dinner on the table. It is a home-cooked specialty - rice with peppers, plantains and onions, and egusi soup. The child takes one bite, and suddenly an alarming bang sounds on the front door. The mother's heart begins to pound. Two men break down the door with loaded guns. With force and intimidation, they hold the guns out, ready to shoot. Terrified, the woman grabs her child and flees with only the clothes on her back. One man grabs the fork from the plate and chows down. "Ready for the next one?" he asks. The second man nods.

The mother and her child arrive to a group of families a few miles down the road. They have found shelter, thankfully. But shelter is not their only problem. They do not know how they are going to eat. They are in the middle of nowhere, with no food or water in sight.

Countries that are suffering

The United Nations Food and Agriculture Organization (FAO) estimated that in 2016, there were approximately 780 million people, mostly children, starving. Instead of playing, these children are wondering why their bellies are growling.

The top countries that are suffering include:

● South Sudan, with the worst being the northern-central part of the country

● Nigeria, with the worst being the north-eastern Borno State

● Yemen, with the worst being Taiz and Hodeida

● Somalia, with the worst being the most rural areas of the country

Help for the hungry

The United Nations is, in fact, doing something to help solve the issue. But it would take just under $5 billion to prevent famine in certain countries, such as those in the Middle East, North Africa, East Africa and West Africa. That is why fundraising is so crucial in the fight against hunger.

How you can help

The first step in helping the hungry is to get educated on world hunger. People cannot help unless they learn about the issue and ways to solve it.

Digital advertising and fundraising are a great start. Many of us have access to computers. Using the internet is an effective way to reach large amounts of people in a short amount of time. Different types of online fundraising include:

● Sponsorships - donating money to set up events for fundraising. You never know who will show up at the fundraiser and be in the spirit of giving!

● Online shops - this may be the act of selling goods online and using the money toward ending world hunger.

Whether you are one person who desires to never see someone hungry again, or you are a church leader with groups of people who have the resources to donate to your organization of choice, choose world hunger as your charity. A bag of rice in the United States costs less than $2, and can feed one person for weeks. If we all contribute a little bit at a time, together we can make a huge impact.

The first step to setting up an income to help the hungry is to get educated on how to market the issue and potential solutions. People cannot help unless they know about hunger and ways to solve it. 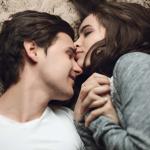 10 Signs You Married Your Soul Mate