In a culture where abortion and infanticide are common place to comply with public policy, you will be moved by the courage and compassion of one mother.

Lou Xiaonying lived a life of poverty where she made a living picking through garbage for recyclables. She is now hailed as a hero for selflessly saving more than 30 babies found in trash bins and on the streets who were abandoned by their parents.

According to a Daily Mail article, Lou rescued her first baby in 1972. "I was out collecting rubbish. She was just lying amongst the junk on the street, abandoned. She would have died had we not rescued her and taken her in," Lou said.

Though she and her husband, Li Zin, already had the one child prescribed by the Chinese government, she risked repercussions by taking the baby in and raising her as her own.

Over the years, Lou adopted five children into the family. Others she rescued from garbage bins and trash heaps were taken in by Lou's family and friends.

"I realized if we had strength enough to collect garbage how could we not recycle something as important as human lives," she explained.

Lou adopted her youngest child, whom she found in a trash bin, at the age of 82. Her older children help to care for him. Her dream is for 7-year-old Zhang Qilin to attend school and is raising funds for him to do so. Education is often too expensive for families with multiple children.

China's controversial one child policy was put in place in 1978 as a means of population control.

It officially restricts married, urban couples to having one child and those who break the rules have to pay a fine or fee.

Couples with only one child receive extra benefits from the government.

The policy is looser for some rural parts of the country and allows couples to have a second child if the first born is a girl. However, wanting the son their culture has traditionally put so much emphasis on, many parents end up abandoning the females.

If the second child is also a girl, no more children are allowed. This leads to failure to report female births and abandonment of the girls so the parents can try again for a boy.

Despite the fact that it is illegal to kill newborn babies in the country, female infanticide and the failure to report female births is widely suspected, especially in rural areas.

Those in Lou's hometown see her as a hero for saving the more than 30 abandoned children with courage to stand against the oppressive government policy. Pressure in China is building for the government to relax its one child rule.

Lou's story has now spread internationally, and the 88-year-old is being hailed as a hero for her caring and compassion. 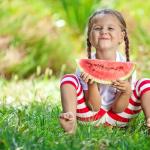 Tips For a Sizzling Summer: How to Make…