Why choose to live life right to the end of it?

While none of us would ever choose to suffer needlessly, we may find love, compassion, and even God in our extremities. This is an article about people who chose life, in spite of their suffering, right to the end. Cancer is hard. No one denies that. Here are six lessons we can learn from cancer fighters, who gave - or are still giving - their all, until the very end.

Stephanie Nielson Summers died Jan. 14, 2015, after a long and courageous battle with breast cancer. Stephanie left behind her three young children and a loving husband. She was 46 years old.

Family and faith came first in Stephanie's life. She believed in serving her community, and she loved creating memories with her children and husband. Together they had a forever family. The inscription on her husband's wedding band reads, "Forever I do." One of her friends wrote about her: "Stephanie cherished every minute...she leaves with no regrets."

2. Suffering endured well results in greater compassion for others

In spite of her pain, Stephanie chose life until she drew her last breath. The week before Stephanie died, she showed continual concern for others. When her great Aunt Lucille fell and broke her hip, Stephanie sent her a message of love and support. She also helped one of the kids from her church get an award he was struggling to earn. Her husband Neal reports, "I saw Stephanie go from fear of death to a peace and acceptance, even though she didn't want to leave the kids."

3. Leave strength behind as a legacy

Dean Bullock died eight months ago from cancer. This kind father and grandfather had been a runner all of his life. Right up until he couldn't run anymore, he and his family ran together to raise money to help others beat cancer. They called themselves Team IronDean.

His daughter Whitney recently wrote of him, "I am so grateful for my dad. He may be gone, but the strength of his example is always felt."

Our children are very attuned to the legacy we leave behind. That legacy can resonate for better or worse for generations. Consciously or subconsciously, we tend to repeat the patterns we see in our parents and grandparents. 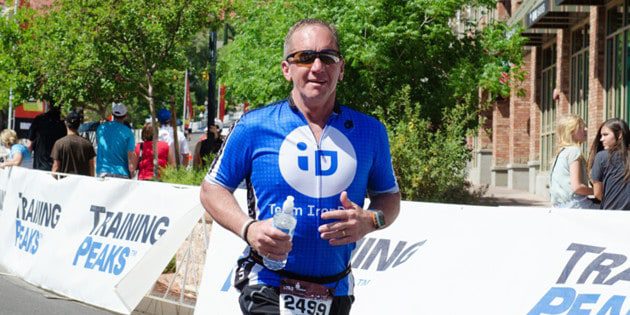 4. Beautiful people are not born, they are made

The author Elisabeth Kubler-Ross said, "The most beautiful people we have known are those who have known defeat, known suffering, known struggle, known loss and have found their way out of the depths. These persons have an appreciation, a sensitivity and an understanding of life that fills them with compassion, gentleness and a deep loving concern. Beautiful people don't just happen." Stephanie and Dean became two of those beautiful people.

Richard Jackson still struggles with brain cancer. He has lived long past when his doctors predicted he would, and his family is very grateful. Rich is a doctor himself, so he knew what he was in for. Rich has a light that literally shines in his face. It's impossible to miss it. He recognizes his current limitations, but he does his best to push through them. He chooses to convey warmth, tenderness, and hope to his family and friends.

6. Be grateful for what you have every day

Rich reports that he is grateful every day for the blessings of life, faith, and family, in spite of his cancer diagnosis. He was willing to share his story of hope with others here, because he believes that life is all about "paying it forward," which is pretty much what he's done all of his life.

If we let him, God will strengthen us to meet all of our challenges, until that last bright day, when He finally chooses to bring us home. 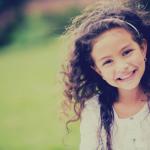 10 Tips to Help Your Child Succeed in…