Christmas trivia: Do you know the origins of our beloved traditions?

Why do we have Christmas trees, wreaths, candy canes and Santa Claus? Teach your kids the history behind their favorite Yuletide traditions.

Every year, Yule-minded families lug huge trees into their homes, dressing them with odd assortments of lights and ornaments. They scatter wrapped presents under their trees. They hang wreaths on their front doors. They bake and decorate mouth-watering cookies. They hang oversized, faux socks above their fireplaces and wait for a chubby, bearded man in red to fill the stockings with candy canes and toys.

We don't question these strange activities. Year after year, we just happily do them. But what do stockings and trees, cookies and candy canes have to do with Dec. 25, the day Christians celebrate the birth of Jesus Christ? Who started these traditions we take for granted?

According to history.com, ancient peoples in many countries once believed that hanging evergreen boughs over windows and doors would ward off illness and evil spirits. Prior to the advent of Christianity, ancient people thought the sun was a god, and winter's chill meant the sun was sick. They celebrated the winter solstice (the shortest day of winter) with evergreen boughs to remind them that the earth would perk up again in the spring.

The Christmas tree tradition began in 16th century Germany, when Christians decorated their homes with trees. Legend tells that Protestant reformer, Martin Luther, was the first to bring a fir tree into his home. He decorated it with small lighted candles to mimic the nighttime stars shining through the forest trees. But for hundreds of years, Christmas trees were seen as pagan symbols in other countries. They didn't become popular in America until the mid-1800s.

Candles on trees upgraded to twinkling Christmas lights with the advent of electricity. Nowadays, at Christmastime, fir trees grace people's homes around the world.

That wreath on your front door hails from ancient Rome, where the wreath was used as a symbol of victory. In Germany and other parts of Eastern Europe, the evergreen wreath and firelight represented hope in springtime and renewed light after the cold, dark winter.

The wreath was used in Christian countries to symbolize a hope in Christ and His light. Traditionally, five candles stood within the wreath - the fifth candle being lit on Christmas Eve to symbolize Jesus Christ's birth.

The origin of this favorite Christmas treat is questionable, but one popular belief is as follows. In 1670, a children's choirmaster in Germany passed out white sugar sticks to keep the kids quiet during Christmas Eve mass. He shaped them into a "J" shape to represent a shepherd's staff.

The tradition of passing out candy canes to children during Christmas services spread throughout Europe, and then to America. In the mid-1800s in America, a German immigrant named August Imgard is credited with hanging candy canes on his Christmas tree.

The red and white striped candy canes we know best didn't appear until after 1900, along with the popular peppermint and wintergreen flavors.

Hang your stocking with care

Christmas stockings have hung from fireplace mantels for centuries, but why? One popular legend tells that a widowed father of three daughters was struggling financially. Though his daughters were beautiful, he feared that his low economic status would prevent them from marrying.

St. Nicholas overheard the townspeople discussing this poor family. He wanted to help, so one night he slid down their chimney and saw the girls' recently laundered stockings hanging to dry by the fire. St. Nick filled them with gold coins, then disappeared. His generosity enabled the girls to marry.

This tale, true or not, represents all that's good about Christmas. The legends of St. Nick's kindness encourage us to give of ourselves. When we love and care for others, we're following the example of Jesus Christ, whose birth we honor and celebrate. Understanding the history behind our Christmas props and adornments makes Christmas more meaningful. 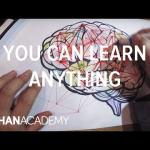 This 1-Minute Video Will Change the Way You…