Compatibility: One of the Essential Cornerstones of a Happy Marriage

Shared Goals and Values Aren't Just Important on Your Wedding Day. They Remain a Key to Happiness Throughout Your Marriage - and They Sometimes Involve Sacrifice.

Editor's note: This article appeared in the May 24, 2014 Gwinnett Daily Post. It has been reprinted here with permission.

The wife of a prominent religious leader was once asked if, in her 50-plus years of marriage, she had ever considered divorce.

No doubt most of us who are married, and committed to our marriages, have felt that way on occasion. The good news is that, among married couples, murder is relatively rare. The bad news is that divorce is pretty common and getting more so every day.

Or maybe it just seems that way. Statistically, although the divorce rate climbed sharply between 1960 and 1980, it has leveled off somewhat since. So maybe what I'm seeing is that, as I grow older, more and more couples I know - in some cases, people I'm very close to - are getting divorced.

That troubles me greatly. I guess I'm old-school, but I still believe the dissolution of a marriage is one of the worst things that can happen to people. Certainly, I've seen firsthand how devastating divorce can be, especially for children.

Not that I'm holding myself up as any sort of paragon, much less an expert. I'm not a psychologist, a marriage counselor, or a member of the professional clergy. (Although I have served as what some might call a lay minister, in which capacity I've had some experience working with troubled marriages.)

On the other hand, I have been married for 31 years. And if that's due mostly to the grace of God and the fact that my wife is a saint, I'm sure many of you can relate.

One last disclaimer before I close this introduction: As a Christian, I believe individuals and families are more likely to be happy when they follow the teachings of Jesus Christ. No doubt that conviction underlies much of what I'll say.

On the other hand, I don't think you necessarily have to be a Christian, or even religious, to have a good marriage. The principles we'll explore, I believe, are universal.

Most of us are familiar with the old saying, "opposites attract," as well as its corollary: "But likes stay together."

Both maxims, it appears to me, contain some truth. People seem driven, perhaps biologically, to find mates with physical and personality traits that they themselves lack. We also naturally look for mates whose strengths and weaknesses offset and compensate for our own.

But, in the end, what really draws people together - and keeps them together - is that they have similar world views and share common values, hopes and goals.

Perhaps the most important thing a couple can do before they get married is have a frank and wide-ranging conversation about all the issues that will become important down the road: child rearing, family finances, expectations for the future. Because no matter how "in love" two people might be, they will find it incredibly challenging to build a happy, lasting marriage if they can't agree on the basics.

Fortunately, more and more couples seem to be having that conversation these days. The problem is that the discussion must be ongoing, extending far beyond courtship. Throughout their marriage, couples need to communicate constantly about those issues and many others.

The fact is, people change. What they want in their mid-20's isn't necessarily what they want in their late 30's. A wife who, early on, agrees to stay home and raise the children may decide later she wants to go back to work. A husband may discover he's far more ambitious than he thought, necessitating longer hours at the office than anticipated.

People's interests change, too. Someone who liked to hike and camp at age 23 might not be so adventurous at 43. Someone who gets tired of being overweight might embark on a strict diet or start training for marathons. In such cases, there's always the risk of one partner leaving the other behind. I've seen it happen many times.

That's why, as a marriage matures, sacrifice becomes an important and often-overlooked aspect of what we call "compatibility." Early on, compatibility is a matter of shared interests and perspectives. But at some point along the way, it becomes a conscious choice.

Sometimes, in order to keep the marriage strong, we have to choose not to let other interests or activities - however good they might be - come between us and our partner. We also have to choose, sometimes, to meet that person halfway - to find some way of supporting and taking an interest in the things that interest him or her.

Compatibility is hardly a given, even early in a marriage - and if anything, it tends to get harder as the years go by. But if we constantly talk about the important issues, and if we truly put the other person first, then we should be able to maintain a level of compatibility that enables us to live together in relative peace and harmony. 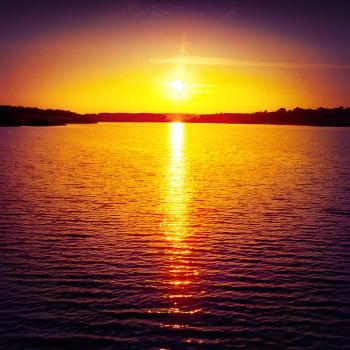 Forgiveness: One of the Essential Cornerstones of a…