Kevin Payne isn't happy with the TSA for how they treated his daughter. Or, really just because the TSA followed protocol.

And he wants everyone to know about it.

Payne's disproval with the TSA started earlier this week, when his 10-year-old daughter was patted down for having "mistakenly left a juice pouch in her carry-on bag," Today News reported. After the bag was swabbed, authorities believed it had a "false-positive reading" for explosives, which inspired the TSA to pat down the 10-year-old girl.

The TSA's protocol requires them to pat down children under these kind of circumstances, especially in the case of Payne's daughter, whose bag also set off a cellphone alarm.

"The pat-down seemed to be the go-to option for them and I think they could've done a better scrutiny of what they were looking for prior to putting their hands all over my 10-year-old daughter," Payne told Today News.

"My dad was making funny faces silly faces in the mirror and I felt like screaming the whole time," she told NBC-DFW. "I know it's to keep everybody on the plane safe, but she kept patting me down. Pat down, pat down. It was like, over and over."

Payne used his cellphone to record the incident, which has since spread across the Internet. 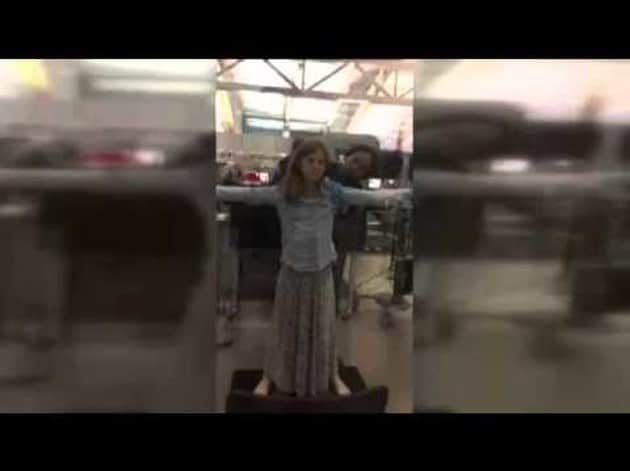 "Maybe they need re-training. Maybe they did everything by the book. I don't really know, but it was an uncomfortable situation," he said, adding that he plans to file a formal complaint.

Payne's daughter isn't the first youngster to receive a pat down from the TSA. Back in 2012, a 3-year-old boy in a cast and wheelchair traveling with his family received a pat down, The Huffington Post reported. And though he was visibly upset - a video taken by the boy's father shows the young 3-year-old holding back tears and acting uncomfortable - his family was not allowed to come near him, The Huffington Post reported.

And in 2014, another father posted a video of his 2-year-old son and 6-year-old daughter having a similar run-in with the TSA, The Huffington Post reported. The father said his family was selected for a screening because they were "in close contact with me," HuffPost reported, adding that he's often selected by the TSA for screenings due to his name.

These videos, along with some other TSA pat down concerns, have caused the TSA and Homeland Security to make some changes and assure travelers their children will be safe.

The TSA's website says that "all travelers are required to undergo screening. TSA officers will consult parents or the traveling guardian about the best way to relieve any concerns during the screening of a child."

The TSA offers a number of different tips and guidelines for what parent should do beforehand when traveling with children. For example, if a child travels with medication or has a disability, parents should notify the TSA officer ahead of time.

Parents who are traveling with juices or breast milk may also want to inform a TSA officer beforehand, but should be aware that the liquid may be discarded.

"TSA officers may test liquids for explosives or concealed prohibited items," the website reads. "If officers are unable to use X-ray to clear these items, they may ask to open the container and have you transfer the liquid to a separate empty container or dispose of a small quantity of liquid, if feasible."

Homeland Security made some changes in 2011 to accommodate parents, specifically saying that children under 12 years old would no longer have to take off their shoes when going through security, the Associated Press reported.

Of course, these changes aren't set in stone, and children could still find themselves under investigation, the AP reported.

"There will always be some unpredictability built into the system," Homeland Security Secretary Janet Napolitano said, "and there will always be random checks even for groups that we are looking at differently, such as children." 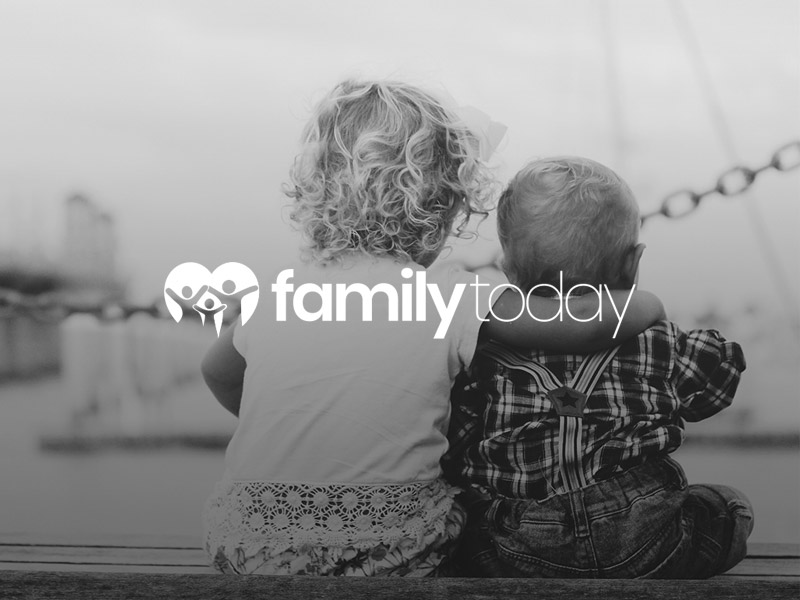