Too Often, Society Fails to Recognize the Importance of Fathers. However, Studies Show That Their Influence is Greater Than You Think.

Too often, our society fails to recognize the importance of fathers. A father's influence on his children is seen as minor, almost negligible, and his importance is often defined by how well he provides for his family. However, studies show that his influence is much more substantial.

"Fathers are far more than just 'second adults' in the home," Dr. David Popenoe says. "Involved fathers bring positive benefits to their children that no other person is as likely to bring."

A report in Fathers and Their Impact on Children's Well-Being shows that from birth through young adulthood, children who have an involved father are more likely to be emotionally secure. They have confidence to explore their surroundings and, as they grow older, they have better social connections.

In addition, children with involved, caring fathers have better educational outcomes. Numerous studies find that an active and nurturing style of fathering is associated with better verbal skills, intellectual functioning and academic achievement among adolescents.

. Men and women are inherently different. Fathers have a distinct way of communicating and interacting with their children. FocusOnTheFamily.com says that this diversity, in itself, provides children with a broader, richer experience of contrasting relational interactions. It is critical for children's development.

Fathers play differently with their children

. As mothers, we may wring our hands and worry that our husbands play too rough. However, rough and tumble play between fathers and their young children is part of their development. According to Richard Fletcher from the Fathers and Families Research Program at the University of Newcastle in Australia, this play shapes children's brains so that they develop the ability to manage emotions, thinking and physical action altogether.

Researchers believe that the most important aspect of this play is that it gives children a sense of achievement when they "defeat" a more powerful adult, building their self-confidence and concentration. However, fathers who resist their children can also teach them the life lesson that, in life, you don't always win. The act of a stronger adult holding back that strength also helps to build trust between father and child.

ScienceDaily.com reports that a study shows the importance of a father's love in shaping his children's personality. Children who felt rejected by their parents felt more anxious and insecure, as well as more hostile and aggressive toward others. The influence of a father's rejection can be magnified if the children perceive their father to have more power or prestige. His opinion of them shapes their own opinion of themselves.

. Rev. Theodore Hesburgh said, "The most important thing a father can do for his children is to love their mother." FocusOnTheFamily.com says that girls with involved, married fathers are more likely to have healthier relationships with the opposite sex because they learn from their fathers how proper men act toward women. They know which behaviors are inappropriate. Boys also learn from their father's example. Boys who grow up with dads are less likely to be violent because they have learned from their fathers how to channel their masculinity in positive ways.

We have a tradition in our family. When our children turn 16, my husband or I take them on their first date. We let them choose a fancy restaurant, and we go out to dinner. We teach them how a young man or woman should behave while on a date and allow them to practice their dating skills. However, long before their sixteenth birthday, my children have learned how women should be treated by watching their father spoil their mother.

. Dads tend to be more direct than mothers. They are more likely to tell their children that if they don't play nice, they won't have friends. They remind their children that there are real-world consequences to their behavior. They set an example of hard work and responsibility and show how to be successful in life.

My husband owns a mattress store. He employs our teenagers to work for him. They spin signs to attract customers, do odd-jobs around the store and work as a delivery driver. My children have an opportunity to see first-hand how important hard work, service and kindness are to success. My husband also encourages them and teaches them how to improve their job skills so that they can transfer those skills to other jobs in the future.

This Father's Day, celebrate the dads who have made a difference in your life. Make them their favorite dinner and dessert. Let them eat that last piece of pie. Skip the neckties and cologne and get them a fancy watch, a new fishing pole or a subscription to the NFL channel. Give them a nice neck massage and let them commandeer the TV remote without complaining. Most importantly, thank them for being wonderful, active and involved. 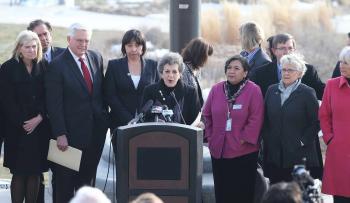 10 Things You Need to Know About Cars