Children Are Faced With Dragons in Life. Emotion Coaching Teaches Children to Understand Their Feelings and Deal With These "Dragons."

Have you ever dealt with a crying child? A child that is throwing a tantrum? Even if you haven't personally dealt with one, have you seen this scenario happen at a store? It is a struggle that parents go through every day. At the same time, there is so much joy that can come out of the struggle. Watching your children grow, learn and achieve can make all the dirty diapers and tantrums of their younger years' worth it.

We know that raising a child is a task that will probably never change, but it seems that the "acceptable" ways to parent has changed from previous generations. For example, various studies have denounced spanking and physical punishment. The effects of parenting and discipline in this regard can include emotional trauma for children or a sense that physical behavior, such as hitting or kicking is OK to use on other children and siblings. As much as it was used in the past, "spare the rod, spoil the child," is being pushed out of our society in favor of other options.

So if such teaching that was used for generations is questioned, what can parents trust now? Since there are many parenting suggestions out there, it can be hard for parents to find a reliable source. Emotion coaching is a great technique that parents can use when trying to calm a soothing child. It has been studied many times since first described by John Gottman. It has been shown to reduce violent crime rates, help children understand and use their emotions effectively, along with other milestones.

Gottman came out with a book called "Raising an Emotionally Intelligent Child," which has helped many parents help themselves and their children grow. Since his steps are explained in the book very clearly, I won't explain how it works. What I want to focus on is the why. Why does it work? Well, that question is actually quite easy.

It requires the use of empathy from you, as a parent.

One definition of empathy is, "the ability to understand and share the feelings of another." I want to emphasize this. It's not only the ability to UNDERSTAND but to SHARE the feelings of another. As you do emotion coaching, you have to understand what your child is feeling and then share those feelings. It requires you as a parent to get on the same level as your child and help them through what they are feeling. At the same time, you also need to make sure that your children are understanding that their feelings are valid and are not wrong.

As I sat down and tried to wrap my brain around the concept, I thought of a teacher I knew while I was growing up, Mrs. Timmons, my fifth grade teacher.

I had just made a big move from Utah to California. We moved the day after the school year ended, so I didn't really get a chance to say goodbye and let the fact that I was leaving soak in. It wasn't until we stopped for dinner, 11 hours later, that moving really hit home. As a 10-year-old, I didn't want to start completely over. I was shy when I was younger and making me talk to people was like pulling teeth, it just didn't happen. The first day of school was pretty terrible. I was petrified and felt like my heart was going to jump out of my chest. I managed to hold it together pretty well until Friday. In the middle of class, I freaked out and started bawling in front of everyone. Mrs. Timmons, dismissed the class to go out and play for a bit. Being the wonderful teacher that she was, she sat down with me and started asking questions. She knew that I was the new kid on the block and took the time to hear how I felt.

"You must be really upset."

(Insert 10-year-old sniffle here.) "Yeah. I didn't want to leave. I don't understand why we had to."

"Unfortunately, sometimes it happens. I am sorry you are upset though, it can be hard to move so far away from your old friends."

"It's true." By this point, my feelings had been validated so I calmed down a bit.

"I want you to make friends here too. How do you think you could make friends now that you are in a new place?"

We brainstormed a couple of ideas, including going out and playing basketball with the other kids in my class. This interaction to me was so important because, instead of completely dismissing my feelings, she let me know that she understood and helped me come up with a solution. My sadness wasn't an issue, it was a means of showing I needed a bit of guidance to help me cope with what was happening. I ended up meeting my best friend that day.

You can help your children who are going through their own troubles understand their feelings and make good use for them on a regular basis if you have the drive to do so. G. K. Chesterton said,

Children know that symbolic dragons, like sadness, anger and fear exist. As parents using emotion coaching, we want to tell the fairytales and reiterate the stories that the dragons can be used. You don't have to be ashamed of the dragon, you just have to ride it into something better.

​I am senior in the child development program at Brigham Young University Idaho. Countless hours of working with children and parents through classes and other forms has shaped my understanding about how children grow and come to understand the world around them and also themselves. I plan to one day be in law enforcement working with children criminal cases.
nextarticle 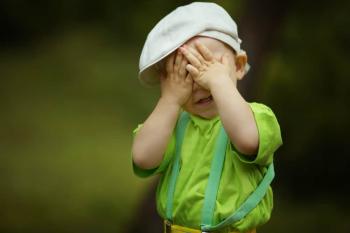 4 Things Your Kids Need to See You…