I've Been There. You Feel Like a Crappy Mom. But It Gets Better. and Sooner or Later You'll Find That There's No Gift You Could Give Your Child Quite Like the Love of a Sibling.

It's totally overwhelming. You haven't showered in days. You're exhausted, and you smell faintly of sour milk and both kids are crying. If they aren't now, they will be soon.

How can one person be expected to do this?

You were probably a great mom the first time around. You learned on the fly how to manage diaper blowouts in public, and what's the fastest way to clean up after the baby spits up in your bra. You balanced learning time with playtime and took your first to all sorts of places. You didn't feel like you got it all perfect, but you did your best and felt good enough.

I was that mom, too.

When my first daughter came along I was full of energy and excitement about it. She was my little buddy, going everywhere with me from day one. It was like I'd been born to do this.

We were just as excited to add to our little family a few years later, when daughter #2 came along. I brought her home from the hospital with no idea what I was getting myself into.

I'm not even exaggerating when I tell you I cried every day for the first 6 months.

It wasn't at all like it had been the first time around.

When my first baby was born, we spent the better part of the next few weeks swaying back and forth in our cream-colored nursing glider. I didn't know what time it was and didn't really care. I probably spent hours a day just stroking her hair and breathing in that new-baby smell and memorizing the grunts and sounds she made while she nursed. (I also remember dusting sandwich crumbs off her head so I must've been eating at the same time.)

Bringing home my second baby couldn't have been more different.

I didn't even have time to glance at her while she nursed, other than to make sure she latched on correctly. I was running around doing everything one-handed: trying to read to my toddler, trying to get my toddler a snack, trying to clean up the crusty dishes from breakfast when I still hadn't eaten lunch yet (no sandwiches for me!). We rarely sat in the nursing glider except in the dead of night, because there wasn't room for my toddler to squeeze in next to us without elbowing me in the stomach or her sister in the head.

After a week of being home I looked down at my second-born nursing and thought, "Who is this little person?" I felt like I didn't know her at all. I was too busy trying to survive.

And it wasn't just that I felt disconnected from the baby. I was letting my toddler down, too.

Going out was hard because it seemed like both girls were only awake at the same time for a grand total of 20 minutes per day. While the baby ate and slept, my toddler and I spent most of our waking hours sitting in the apartment killing time. She was getting seriously tired of the game "Do you want to help me get a diaper for your sister?"

I told her "not right now" all the time now, a phrase I'd tried to avoid before unless absolutely necessary. Only it was always necessary now, because I was forever trying to get the baby to sleep, dealing with a nuclear diaper explosion, giving her a bath, or any of the other bajillion things a baby needs during the day.

In short, I was a failure. I had no clue how to continue being the same kind of mom to two kids that I'd been to one. In fact, it was impossible. My time and attention had been sliced in half.

It wasn't until several months later that I happened to watch my oldest plop down nose-to-nose on the baby blanket on the floor next to her baby sister and just lay there, smiling like Princess Ariel had personally come over to sing "Part of Your World" for her. And her sister, too young to smile back, craned her neck to watch her with the most intense concentration I've ever seen.

I knew then that it was going to be okay.

I'd thought I was doing such a terrible job because I wasn't giving either of my girls what I thought a mom should be able to give her child. And to an extent, I was right - I had given up the ability to focus on each one 100% all of the time.

But I'd also given them each other. No matter how awesome a mom I'd been, I couldn't ever have given either of them that moment by myself.

From there on out, it was still hard, but it got better.

After a hectic trip to the store the baby sat fussing in her car seat in the living room, and without a word my toddler pulled over her plastic lawn chair and started "reading" to her out of a Miss Spider picture book with words she made up.

The baby grew older and I noticed that she reserved her biggest belly laughs for her sister. My toddler couldn't wait to get her up from naps and play with her, even when the baby was too little to do much of anything besides sit on a blanket and watch her every move.

My toddler thought the baby was the best thing ever, and the baby was equally enamored with her. They were in love.

My two daughters are 9 and 11 now, and the best gift I ever gave them is each other. Of course they bicker and get on each other's nerves like siblings do, but they're best friends for life.

Things won't always be easy, but you'll get better at multitasking and trust me: it's going to be more than okay.

This article was originally published on UnremarkableFiles.com. It has been republished here with permission.

Jenny Evans is a writer, a night owl, a perfectionist, and a Mormon mom of five. When she's not cleaning juice out of the carpet, she makes jokes at her own expense and blogs about her messy life with a houseful of kids at Unremarkable Files.
nextarticle 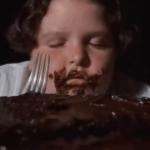 9 Hilarious Times When Family Dinner Was Anything…