Dear son: you are beautiful, too

Calling a little girl beautiful is a compliment. But little boys are beautiful, too, and should be told so.

When I became a daddy for the first time, it was to a little girl. As she grew up, she loved to play tea party, princess party and loved to be called cutie, sweetie and beautiful. In fact, she would even ask me "You think I'm beautiful, don't you daddy?" And I'd always reply "You're the most beautiful girl in the whole world, sweetie." Then she would giggle, grin and give me a hug. She's 10 years old now, and while she doesn't like to play tea party so much, she still loves it when I call her beautiful, and she still gives me a hug when I do.

Four years ago, I became a daddy for the third time - this time to a little boy. As I would sing him to sleep, I had a special song that I would normally sing to him (like I did to all my children). His special song just for him was John Lennon's not-so-famous song, "Beautiful Boy."

One night as I was singing him to sleep, his sister walked in and asked me "Why are you singing him a girl's song?" I asked her what made her think it was a girl's song, and she said, "Because you're calling him beautiful. Only girls are called beautiful."

Even though she was only 6 at the time, I was taken aback by her astute awareness of gender. No, she didn't know what really made boys and girls different. But she already knew that they were. And apparently one of the major differences between boys and girls is how you talk to them. She was able to see that boys aren't treated like girls. And boys especially aren't called beautiful.

Why are boys treated differently?

As a Marriage and Family Therapist, I love to people watch. It's like a mini science experiment every time I go to the airport and watch as people hug their loved ones hello and goodbye, or every time I go the park and watch parents play with their kids. But like my then, 6-year-old, you don't have to be a licensed therapist to see how boys are treated differently than girls.

For example, when a boy is learning to ride a bike and falls off, he is much more likely to be told to "tough it out" "don't cry" and "that doesn't hurt." But when a girl falls off, they're more likely to be scooped up into the arms of their parent, kissed on the cheek and rocked gently as they're told "it's OK, sweetie."

As boys grow older they're taught to play sports like football and to stay away from "sissy sports" like gymnastics or ice skating. Even though girls are often told they can be whatever they want to be when they grow up, boys are still told to stay within strict gender guidelines or suffer ridicule.

My son is beautiful

I love to sing "Beautiful Boy" to my son. It's a special bonding moment between us that we both enjoy. And I hope he remembers it when he grows up, too because I want him to know that he is truly beautiful inside and out. And no matter how embarrassed he (or I) get, I hope he never gets tired of hearing it.

He (like many other boys out there) is truly special. He is truly beautiful in so many ways. And despite whatever gender norms are out there that say otherwise, I will always think he's beautiful. And I hope he never stops believing it. 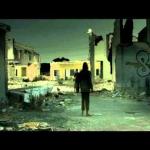