Death: What happens then?

As we learn what others believe about what happens after we die, we can gain faith that life does not end with death.

It is a fact that from the moment we are born, we will die. Death is as much a part of life as life is. So why are we so afraid of death? It seems that humans have a fear of anything unknown and what happens after we die is an unknown entity. Different faiths believe many things about death, but until we experience death itself, we can only have hope. Examining some of these beliefs gives us and our family members comfort and hope that life does not end with death.

Followers of Christ will spend eternity in the presence of Jesus Christ. Christians die; their bodies are buried but their spirits (or souls) immediately enter the presence of the Lord in heaven. When Jesus Christ returns to earth, Christians' bodies will be raised from the dead, made perfect, and then be reunited with their spirits to live forever with Jesus. Non-Christians, murderers, sexually immoral people, sorcerers, idolaters, and liars shall have a part in the lake which burns with fire and brimstone: the second death. All will die, but Christians don't experience the second death.

The righteous spirits in paradise teach the wicked spirits in hell. They can repent, which opens the prison doors and enables those bound with the chains of hell to free themselves from darkness, unbelief, ignorance, and sin. They can leave hell that imprisons them and dwell with the righteous in paradise until the Resurrection and Judgment.

After the resurrection and judgment, we will dwell in one of three kingdoms of glory. There are different degrees of righteousness on the earth, and there are kingdoms of differing glory in the next life: the celestial kingdom is the highest, followed by the terrestrial and the telestial. To reward many different levels of faithfulness, there will be "many mansions." Those who attain the Celestial kingdom will be exalted to the godlike state referred to as eternal life. Eternal life includes a loving Father in Heaven, our family members, our ancestors and our posterity.

Traditional Judaism firmly believes that death is not the end of human existence but does not have much opinion about the afterlife, thus leaving room for personal opinion. An Orthodox Jew can believe that the souls of the righteous dead go to a place similar to the Christian heaven, or that they are reincarnated through many lifetimes, or that they simply wait until the coming of the messiah, when they will be resurrected. They can believe that the souls of the wicked are tormented by demons of their own creation, or that wicked souls are destroyed at death, ceasing to exist.

Heaven and Hell are realities to be faced on the Day of Judgment; to be granted Allah's mercy and enter Paradise, or enter Hellfire. No one will enter them before the Day of Judgment. Rather, both body and soul will spend time in their graves while they wait for that day. The grave of a believer will be well lit, spacious, and comfortable. The grave of nonbelievers will be dark, cramped, and frightening.

Marian Griffith is a mother of nine with a wide variety of entrepreneural experiences. She earned her BA in Natural Health.
nextarticle 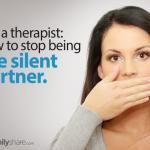 Ask a Therapist: Stop Being the Silent Partner