Passive-aggressive behaviors lead to confusion and frustration for all involved. These behaviors are indirect and hostile in nature and can indicate a negative attitude, resistance or opposition, or even a personality disorder. Signs of passive-aggressiv

Passive-aggressive behaviors lead to confusion and frustration for all involved. These behaviors are indirect and hostile in nature and can indicate a negative attitude, resistance or opposition, or even a personality disorder.

Signs of passive-aggressive behavior can be detected when the child is trying to control or punish another. Here are some examples:

A passive-aggressive child may take control of those around them through hostility. This may include screaming, tantrums, hitting, biting, kicking. However, their aggression may be expressed more passively through hatefulness, staring down, mean faces, name-calling, disrespect, and bad attitudes.

Stubbornness is another form of passive-aggression that the child uses to take control. Refusing to cooperate, not responding to redirection, stalling, or repeating mistakes rather than learning from them are all part of this behavior.

The child may leave toys out, not finish chores, start verbal arguments, or otherwise cause chaos, then seems to disappear in time for others to be blamed. Pretending not to understand or stirring up contention can also be chaos-causing behaviors.

The passive-aggressive child avoids conflict and confrontation, despite being skilled at causing it. Rather than directly confronting concerns, expressing preferences, or communicating emotions, the child may blame others for what is wrong, for their own bad behavior, or for the consequences resultant from their choices.

Harboring resentment is a passive-aggressive behavior designed to avoid confrontation while still punishing the other person. This often shows up as sulking, giving "the cold shoulder," and the silent treatment.

Distancing from the problem

Because the passive-aggressive child does not want to confront conflict directly, he might use other tactics to distance himself from the problem. This might include feigned forgetfulness, acting confused, denial, or even dishonesty.

Confronting the passive-aggressive child means she will have to escape conflict verbally. This leads to making excuses for why she has done (or not done) something. Making excuses often also includes blaming others or circumstances for what is wrong as an effort to evade responsibility.

When a child tries to control someone directly through aggression, they may hit, bite, kick or scream. When they want to control someone indirectly, they may act as if they are unable to function for themselves, move the battle ground to an emotional level with hostility and hatefulness, or simply refuse to participate. They may also create chaos or blame others for their own bad behavior.

When a child tries to punish someone with passive-aggressive behaviors, it may look like not trying at all or even deliberate failure. They may act resentful by disengaging emotionally. They may distance themselves from the problem or blame others for the problem when making excuses.

All of these are avoidance behaviors, ways for the child to escape, run away, or hide from direct conflict or emotional expression. Detecting these behaviors in your kids will help you know how to help them. 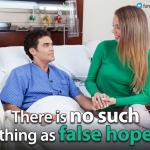 How to Talk With Someone With a Life…