Did you buy your wedding ring from Kay, Zales or Jared? If so, read this report

Buzzfeed reported on several women whose wedding rings were ruined after being sent to Kay Jewelers for repairs. Since those reports came out, another report questioned Kay's parent company's consumer loan practices. Stocks have plummeted since then.

It's no wonder that these women reported in Buzzfeed feeling "heartbroken and disgusted" after their rings came back wrong from repairs at major jewelry retailers - everything from stones being swapped to rings looking worse after repairs than before.

Buzzfeed reported that Chrissy Clarius' husband Jim bought her wedding ring in 2010 from Kay Jewelers in the White Marsh Mall in Maryland. Along with the ring, Clarius' husband got a certificate from Gemological Science International guaranteeing and authenticating the quality of the diamond. Clarius reports in Buzzfeed to being "religious" about getting her ring inspected every six months so it would stay protected by Kay's gemstone guarantee, which states that Kay will replace a stone free of charge if it "chips, breaks or is lost from its original setting during normal wear," according to its website.

According to Buzzfeed, Clarius took her ring to Kay in February to be repaired because the prongs had come loose. When she got her ring back, Clarius knew the diamond in her setting was wrong.

At that point, Buzzfeed reports that Clarius took her ring to another jeweler in the mall, Littman Jewelers, and had them test the ring and setting. Littman told Clarius that not only was her stone not her stone, but it wasn't a diamond at all, but rather it was moissanite, a cheaper stone that looks like diamond. The band, which Clarius thought was white gold, turned out to be titanium by Littman's tests.

When Clarius took the ring back to Kay to confront them about the problem, she reports being met with skepticism.

"I feel heartbroken and disgusted. I feel like it is my word against a big jewelry store and I'm being made to look like a liar," she said in a report on Buzzfeed. "The fact that the manager had the audacity to imply I took my ring elsewhere is very discouraging."

According to the Buzzfeed report, Clarius has "filed a police report in Baltimore County and a complaint with the Maryland Attorney General's Office consumer protection division," Buzzfeed reports. Despite that, Clarius still hasn't settled the matter with Kay.

Between that article from Buzzfeed and a second also from Buzzfeed, seven women report their rings either coming back from repairs with the wrong center diamond, with needing ring repairs almost immediately after receiving it back from repairs or having their ring disappear all together. According to Buzzfeed's calculations, Kay's Facebook page received complaints between Feb. 15 and April 21 that the "inspection or certification records were misplaced," the ring looked worse or had a diamond of lower quality, and the ring had been lost after repairs.

Since the reports started coming out about the damages, stock for Kay's parent company, Signet Jewelers, has plummeted. Specifically, Signet shares have dropped from just over $108 a share on May 25 to $86 on June 6. But it's hard to tell if Signet's drop in price comes from these reports or from a report in "Grant's Interest Rate Observer" that questions Signet's "heavy use of in-store financing for diamond purchases, and said its competitors are poised to take market share from the jeweler," a separate Buzzfeed article read.

According to the Buzzfeed report, the Consumer Financial Protection Bureau has been investigating companies like Signet that are not banks that offer consumer loans. Because of complaints about Signet's debt collection methods, Buzzfeed reports that analysts at Height Securities say Signet's actions "could lead to the agency taking action."

"Grant's said a review of complaints filed with the CFPB shows consumers alleging the company made harassing calls to work phone numbers and reported incorrect information to credit bureaus," Buzzfeed reports. "Almost 3,300 personal bankruptcy filings listed Signet, or a Signet brand like Kay, as a creditor in the second quarter of this year alone."

In a letter sent to Buzzfeed about the organization's recent reports, Signet Jewelers criticized the report, saying that the claims made in the reports were overblown.

"We strongly object to recent allegations on social media, republished and grossly amplified, that our team members systematically mishandle customers' jewelry repairs or engage in 'diamond swapping,'" Buzzfeed reported the letter said. "Incidents of misconduct, which are exceedingly rare, are dealt with swiftly and appropriately."

For Clarius, the damage has been done and she doubts it will ever be truly rectified because her wedding ring is no longer the ring her husband proposed to her with or the ring she was married with.

"Even if this gets settled, I do not believe I will ever get my ring back, the ring my husband proposed to me back," Clarius told Buzzfeed. "That makes me feel robbed and so disappointed."

While this is a tragedy for many couples, there is a bright side. Research suggests that men who spend more than $2,000 on a wedding ring are 1.3 times more likely to get a divorce than those who spend under $2,000.

The authors of the study believe that couples who spend more on wedding rings also put more stress on their marriage because they want their wedding day to be perfect. They also believe that this pressure to be perfect is perpetuated, in part, by the wedding industry.

"The authors of the paper hypothesize that the correlation between high wedding and engagement ring costs and divorce may have to do with financial stress placed on brides and grooms who are determined to have the perfect day, whether or not they can actually afford it," The Huffington Post wrote.

However, being perfect isn't necessary to have a great marriage.

Mary Laner, a sociologist at Arizona State University, found that having too high expectations for your marriage can actually damage your relationship with your spouse. By placing unrealistic expectations on relationships, the pressure weakens and eventually destroys the relationship.

"We think that our partner can meet all our needs, know what we're thinking, and love us even when we're not terribly lovable. When those things don't happen, then we blame our partner. We think that maybe if we had a different spouse, it would be better," Laner said to Psych Central. "Such irrationality can lead us to conclude that when the 'thrill is gone,' or when the marriage or partner doesn't live up to our inflated ideals, divorce or abandonment of the marriage in some other form is the solution."

"A colleague of mine once said that one way to approach this was to say to yourself, 'You can never expect too little of marriage.' But it's like any other partnership," Laner says. "You hope that your relationship is going to be a happy one, where you will be cooperatively solving problems and where the rewards will exceed the costs. Inflated expectations aren't going to do a thing positive for you. They're going to spoil things. You go into the relationship thinking it's going to be worlds better than it has any likelihood of being. When those expectations aren't met, the chances are pretty good you're going to turn your anger and disappointment outward instead of inward."

Abigail Payne is an intern with Deseret Digital Media and a recent graduate of Weber State University. Abby can be reached at apayne@deseretdigital.com. 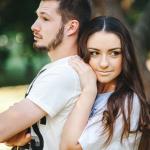 How to Overcome Your Spouse's Annoying Behavior With…