If you think violence in movies or TV is no big deal, think again.

As parents or caregivers of children, we seek to keep children safe from as many dangers as we can - but some hazards might be silently lurking in our homes, hiding on the television screen. We often filter movies based on language and sexual content, but sometimes tend to overlook violence.

But excusing violence as a lesser evil (though common) is not a smart idea.

Researchers from Ohio State University and Wittenberg University observed 104 children (ages eight to twelve) after they watched a 20 minute PG movie clip. Half of the children watched a violent clip while the other half watched a non-violent clip.

The children were then sent to a room filled with various toys - Lego bricks, Nerf guns, Checkers, etc. - to play. A .38 caliber handgun was also in the room, hidden in a drawer, though it had been disabled so it could not shoot. The gun however, did have a sensor placed on the trigger to count the number of times the trigger was pulled by the children.

"The results from this experiment suggest that exposure to gun violence in movies increases interest in guns in the real world," the researchers wrote. Because the movies were PG rated, not R, the effects "might be greater with newer films containing more graphic gun violence."

Whatever we expose our children to either by our example, the movies they watch, the books they read, or friends they hang out with, they are much more likely to mimic what they observe. Whether the behavior is bad or good, desirable or unwanted, it becomes normal in their eyes.

The old adage, "do as I say, not as I do," doesn't hold much weight when teaching children. If you want children to behave certain ways and avoid dangers, you must not only teach them why it's unsafe or not OK, but you must be careful that their friends and the movies they watch teach the same lessons.

Movies, music, books, and people impact how we see the world and influences our own behaviors. Violence needs to be a top concern just like sexual content and language when it comes to what your children are reading and watching.

Kids can't tell the difference between what's reality and what's pretend, which makes this so much more important, especially because it all looks real on the screen. 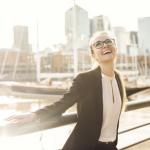