Do Your Duty With a Heart Full of Song

Editor's note: This article was originally published on Meg Johnson's blog. It has been modified and republished here with permission.

My father-in-law (I call him Jdad), served a religious mission in Guatemala. One day he and some other missionaries had gotten a live turkey to eat. Their landlord's maid, Rosa, volunteered to prepare it for them. Rosa took the squawking turkey into the kitchen.

Jdad said that after the squawking stopped, there was a terrible stink. It was so bad that it filled the entire house with a thick stench. They knew it was the turkey and they wondered how Rosa could still be in the kitchen with that stinky bird.

Plugging their noses, they peaked in. What they saw baffled them.

Rosa was sitting on a stool, plucking the turkey's feathers out one by one - and she was singing!

Jdad thought it was a little weird that Rosa would be having so much fun ripping a stinking turkey apart - even to the point of singing - but the landlord explained the reason for her song - it was so she couldn't smell it.

With or without dead turkeys, some situations just stink. Though the details and severities differ from day-to-day, stinky situations are all-too-familiar: we run out of time. We run out of money. We run out of soap (mid-shower). And try as we might, the duties on our to-do list are longer than our patience and we find ourselves in such a stink that we're tempted to rip out our own feathers " I mean hair.

As a new mom, I am finding myself in stinky situations more and more. My little baby has me in tears more often than she is and I often wonder how something so cute can be so, so, so challenging "

My friends keep commenting on her "sweet-smelling poop" (Um, gross.). They tell me it gets worse. "Just wait until she's eating solid foods ""

Well, the "sweet" smelling poop causes quite the stink as she's crying and I'm crying and her flailing legs toss that "sweet smell" all over the diaper changing table. And the wall. And me.

The whole situation stinks. And it doesn't smell "sweet."

I bust out "Battle Hymn of the Republic" and "Row, Row, Row Your Boat." The off-key singing beautifully freshens the air as the tears turn to smiles.

Sometimes life just stinks. People are mean. Lines are long. Tempers are short. Places are crowded. They never came. They always come. No one notices. Everyone notices. It was too cold. It wasn't cold enough " And for whatever it is that's causing a stink, there is a deodorizer.

"Music," religious leader, Boyd K. Packer said, "is one of the most forceful instruments for governing the mind."

We aren't shielded from the temporary disappointments of life, but we don't have to smell them. Ever. Like Rosa, we can sit in the heat of the stink and be idyllically unaware of the putrid odor that has everyone else turning up their noses.

So the next time an unpleasant odor wafts your way, bust out some lyrics to freshen the air!

Meg Johnson is a wife, mom, friend, writer, and speaker. She was paralyzed in 2004 and shares her motto with people of all abilities: When life gets too hard to stand, just keep on rollin’!
nextarticle 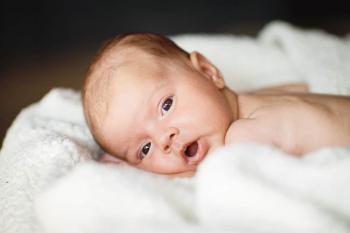 11 Things Nobody Tells You About Giving Birth