Don’t sext your significant other. Send these 14 love bombs instead

Jennifer Lopez Just Said That Sexting is a Dangerous Habit. is She Right? And, if So, What Can Couples Do Instead?

Sexting has become a worldwide phenomenon with the rise of technology and interconnectedness. It's especially become something some married couples do, despite the overwhelming dangers associated with hitting the send button with a winking emoji.

Sexting has become so widely popular that celebrities have taken time to speak out against it. This was seen just recently when music artist Jennifer Lopez identified the text habit as something she would never do.

During a game called "J Lo or J No" on the "Live with Kelly and Michael" show, the music artist condemned sexting for all couples. 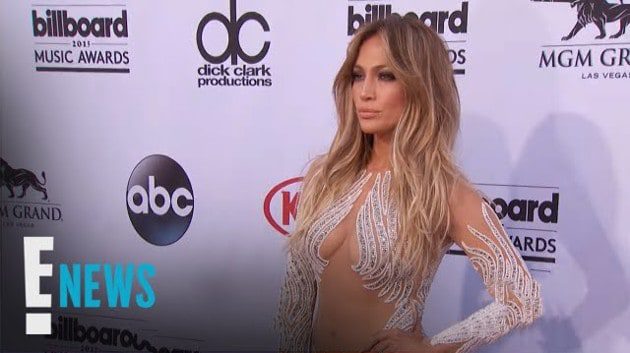 Lopez's comments won the support of the National Center of Sexual Exploitation, an organization that advocates against sexually explicit material. NCOSE Executive Director Dawn Hawkins said in an email to me that Lopez's approach is a major step forward, since it shows that if celebrities share their feelings about this issue more often, it could inspire real change and potentially lead to sexting's downfall.

"The fact of the matter is that once a sext is sent, whether through text message, Snapchat or the Internet, it is very likely that someone other than the intended recipient will see it," Hawkins said. "Many online or relational abusers target girls and use their explicit photos as blackmail to coerce them into sending more images or potentially meeting in person. Celebrities like Jenifer Lopez have a tremendous opportunity to speak out and to help ease some of the social pressures to sext, so I hope that she will continue to talk about this subject."

Sexting can be a very real danger for people. According to a study from McAfee, about 54 percent of adults said they have used their phones to send provocative texts, photos or emails.

And it doesn't always end well. A study from the Internet Watch Foundation found that about 90 percent of sexted images are stolen and seen by people other than the original recipient, exposing one's privacy to potentially millions of other people.

But image-sharing isn't the only form of sexting. According to Merriam-Webster, sexting is "the sending of sexually explicit messages or images by cell phone." Other definitions indicate that it's the act of sexually texting someone.

"It's not sexual texting, or sexually themed texting - it's sex texting. Texting as a simulacrum of doin' it," Sam Biddle wrote for Gizmodo.

Some married couples debate whether or not the act should be considered cheating - the answer is almost always yes - since you're expressing physical acts of emotion to someone other than your spouse.

This is mostly an issue among unhappy couples, though. Experts told The Huffington Post that happy couples rarely engage in the sexual act.

In fact, happy couples are more likely to engage in traditional texting, which can also reap many of the same so-called rewards of sexting. There are ways, according to experts who spoke with Bustle, that couples can feel intimate and in love just by sending a simple yet meaningful text.

"Sending texts is a good way to let your partner(s) know you are thinking of them," Shamyra Howard-Blackburn, a licensed clinical social worker who works in relationship therapy, told Bustle. "It can also heighten the suspense on what to expect when you see them again."

Howard-Blackburn said texting is an easy way for couples to stay in contact with each other, helping them avoid stretches of time when they can't communicate. Too much time without interaction, she said, could harm the relationship.

Relationship coach Melinda Carver told Bustle that couples should text each other at least two to five times a day on a variety of subjects. It depends, of course, on the specific couple. She also said that morning and evening texts are especially important, as it'll be that easy reminder to your partner that you care.

"When you are apart, it is best to touch base in the morning and evening," Carver said. "It lets your partner know that you are thinking of them and that they are important to you."

These are just a few of the ways you can text your spouse and make your relationship feel intimate, passionate and fresh. Here are 14 texts you can use as examples for how to talk with your spouse. 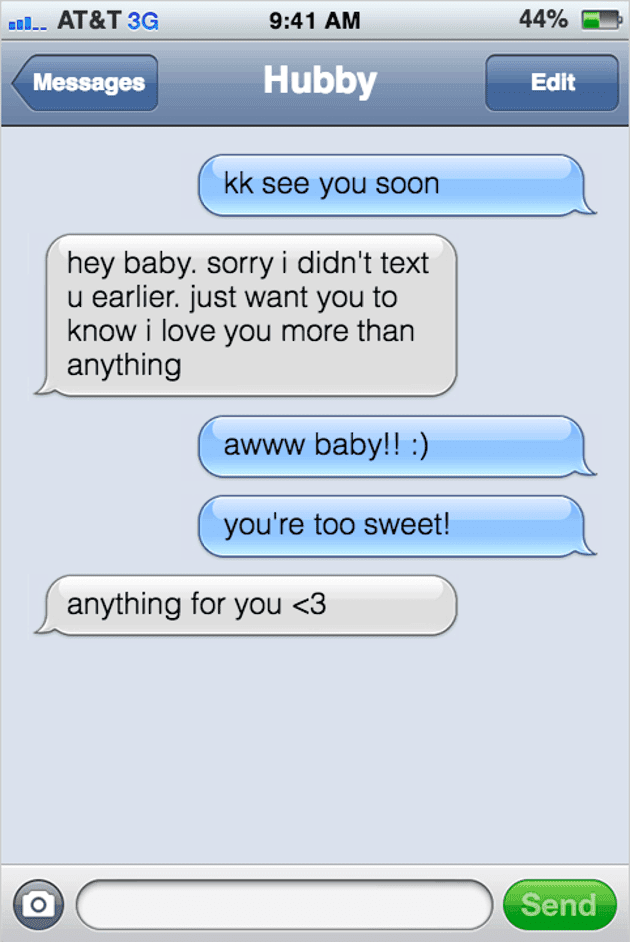 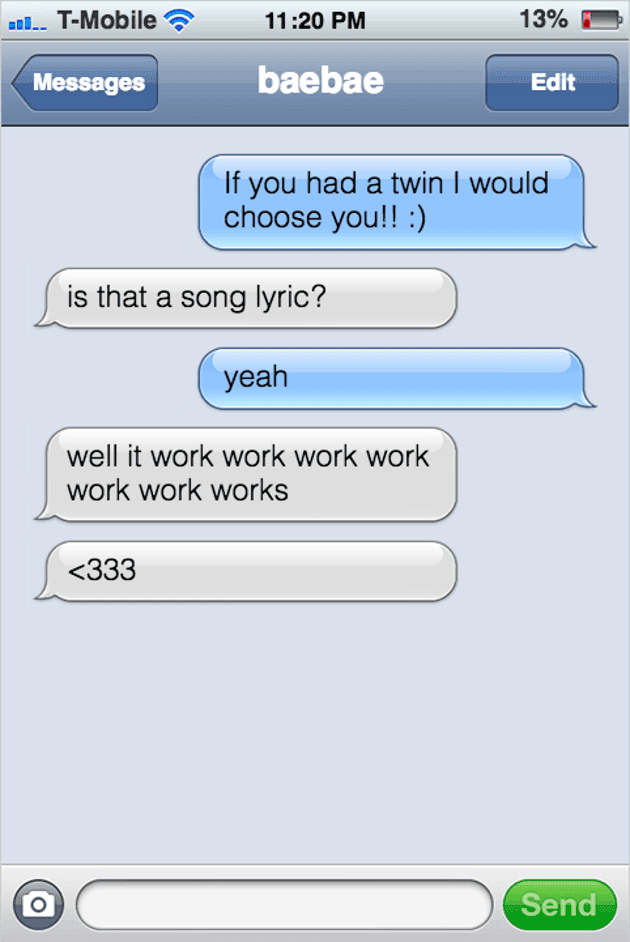 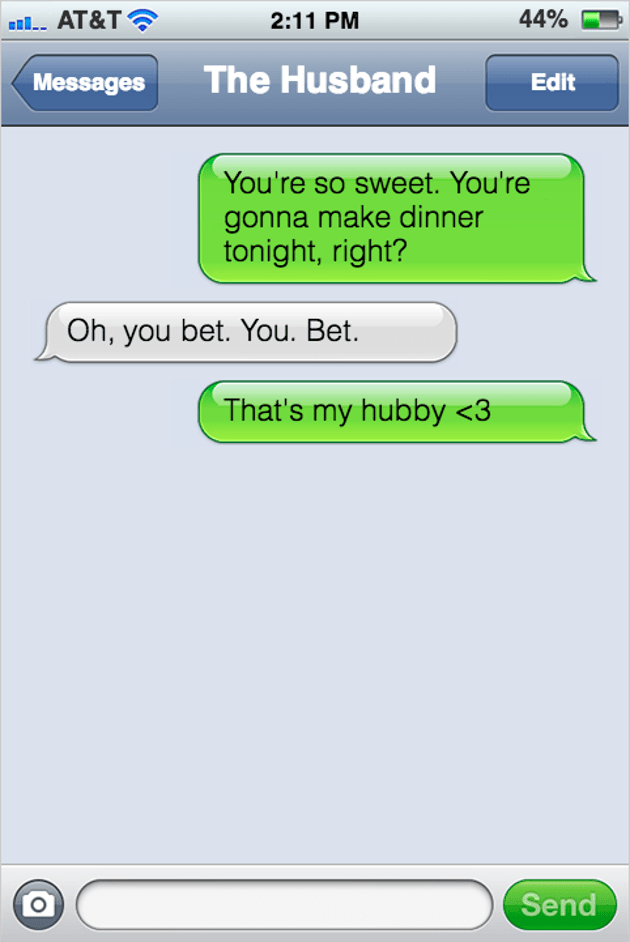 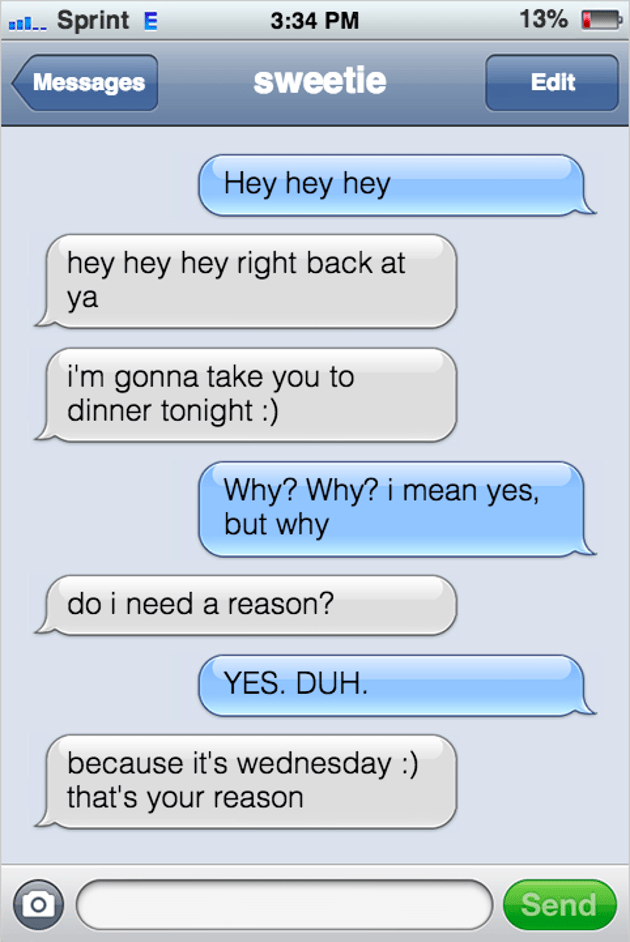 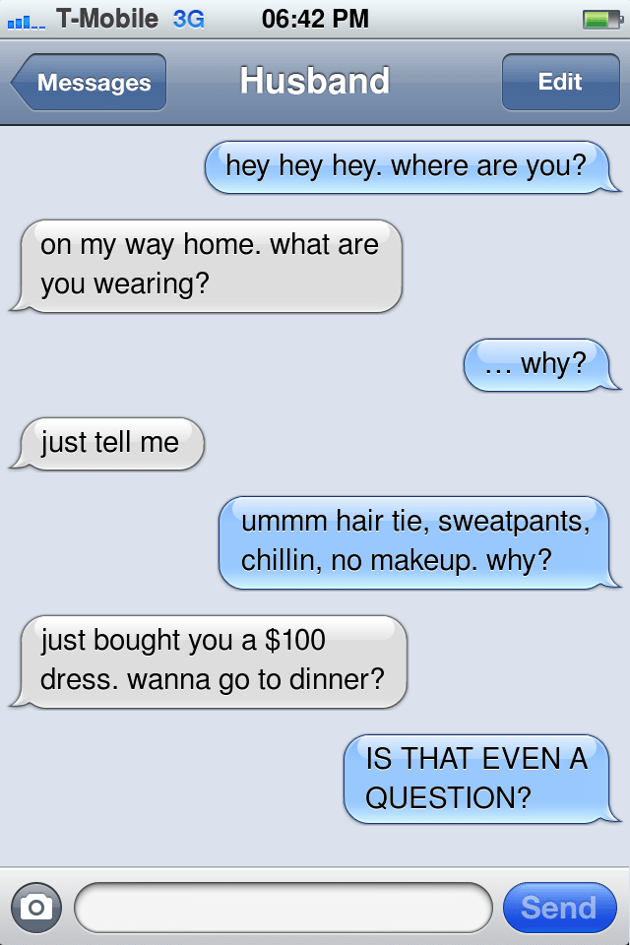 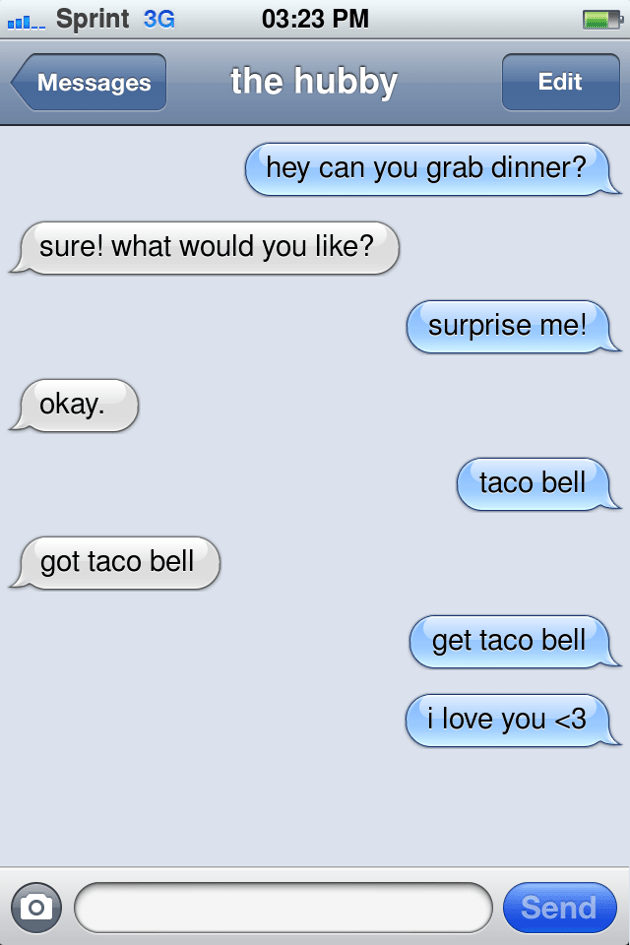 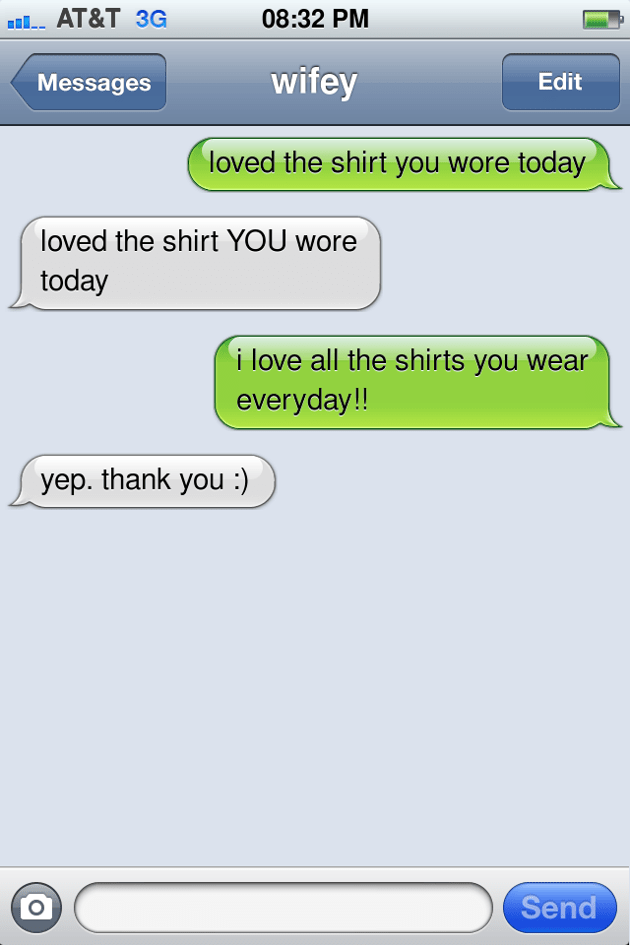 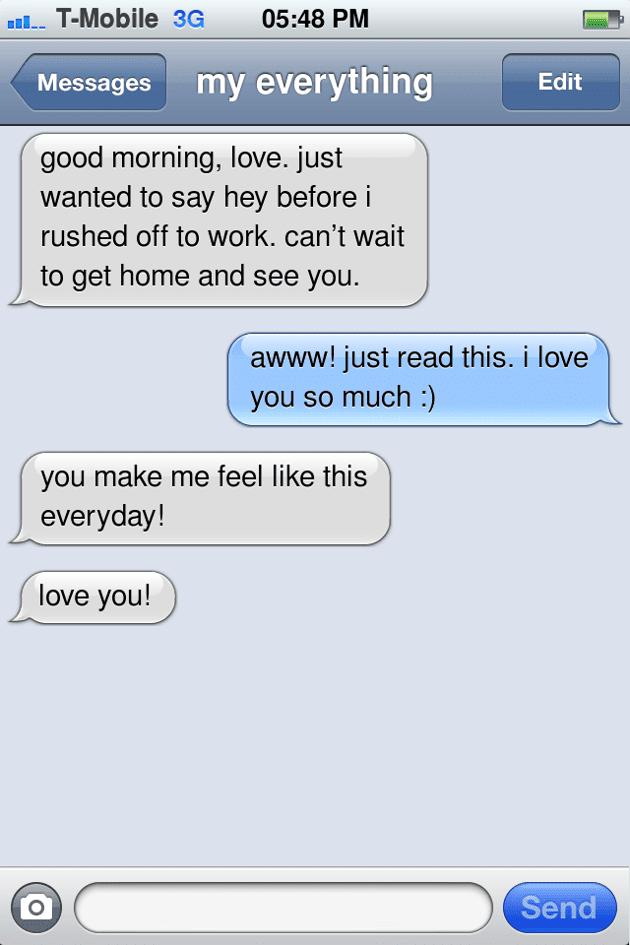 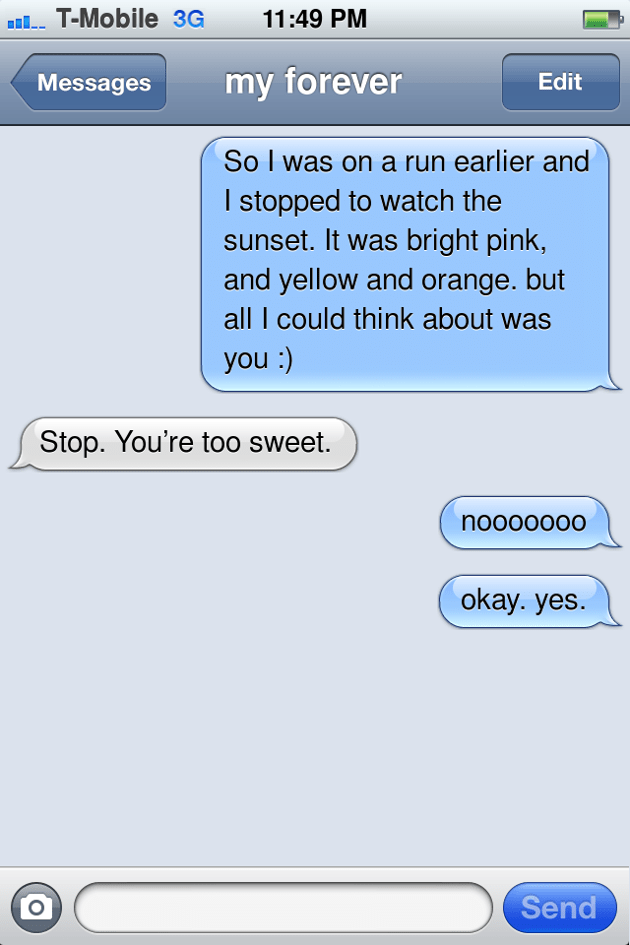 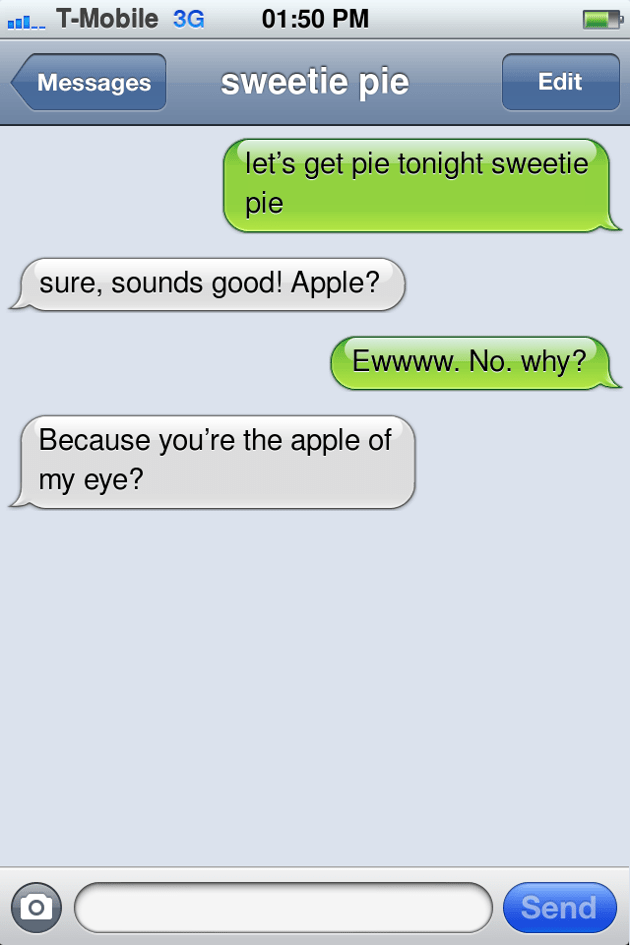 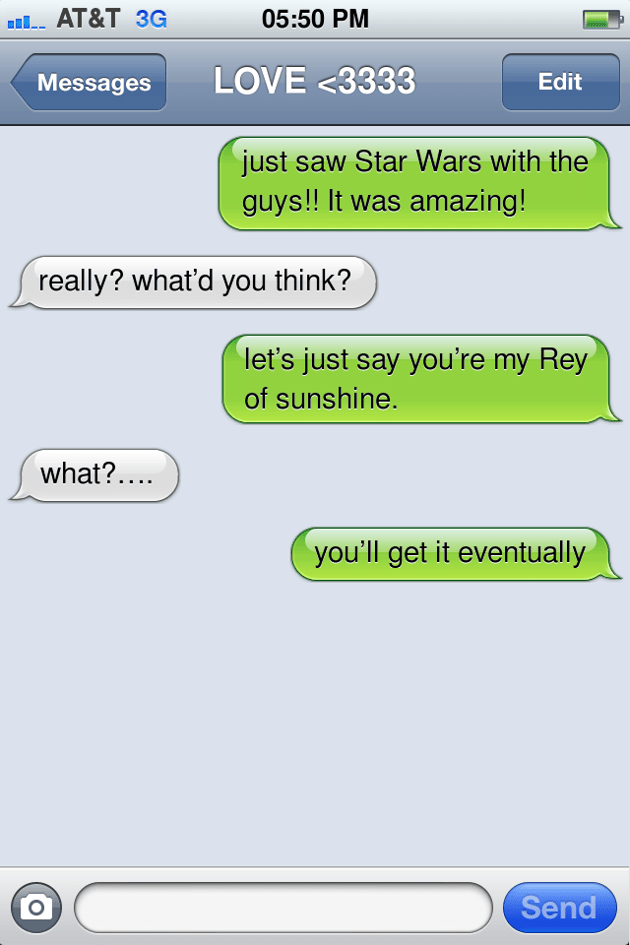 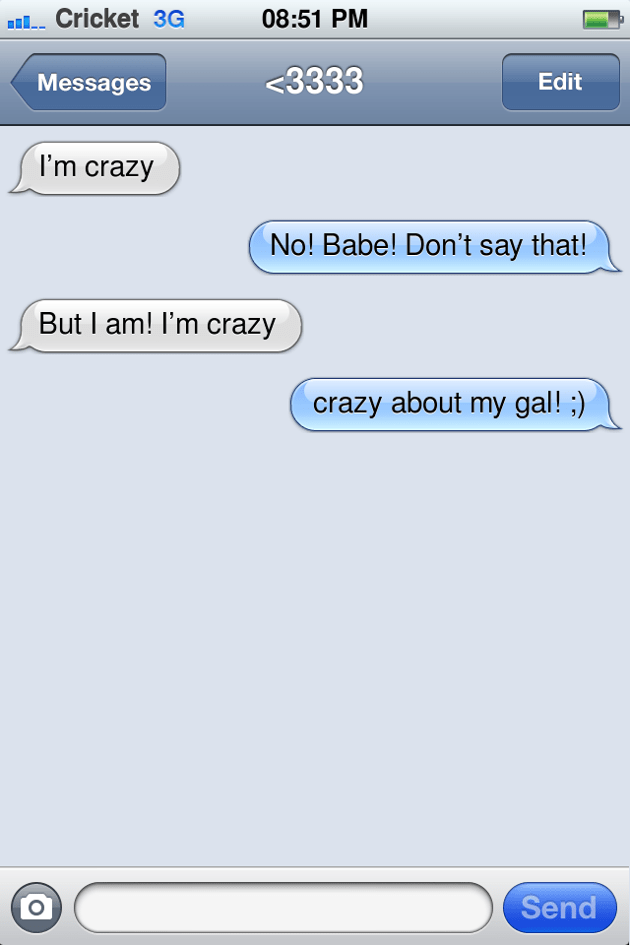 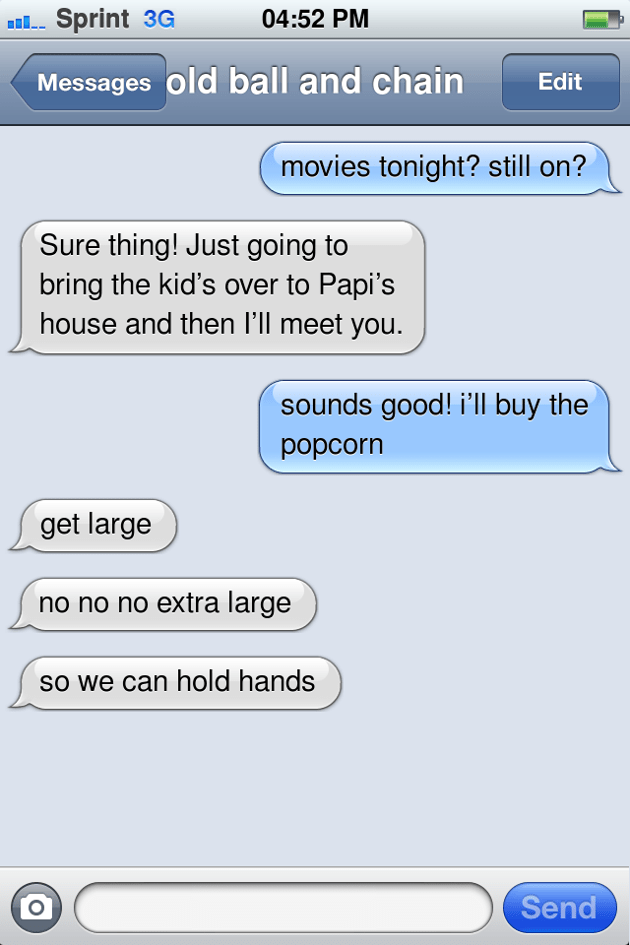 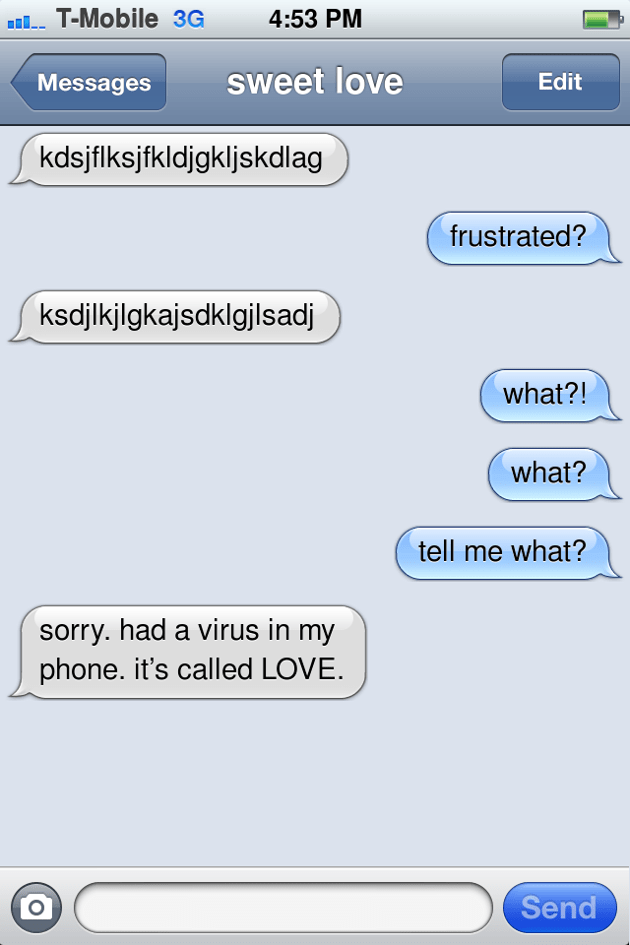 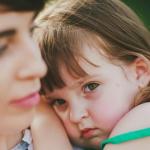 6 Questions Your Kids Don't Know How to…