The Vast Majority of the "Western World" is Christian, But What Does That Mean? There Are at Least Seven Levels of Belief in Christ, and Easter May Be a Good Time to Ask Which One Describes You.

Note: This article is adapted from an article originally published in the "What Manner of Man" section of valuesparenting.com.

The vast majority of the "Western World" is Christian, but what does that mean?There are at least seven levels of belief in Jesus that can be summarized in the following statements:

Level One: I believe he was a historical figure, but most of what is said about him is fiction or legend rather than history.

Level Two: I believe he was a remarkable and powerful teacher.

Level Three: I believe he was a charismatic leader who developed the most beautiful philosophy of life ever devised.

Level Four: I believe he was more than a man, more than a great teacher-he was the Son of God.

Level Five: I believe he was the Son of God and is our Savior. He died and atoned for our sins and was then resurrected.

Level Six: I have accepted Him as my Savior and have been born again.

Level Seven: Having been born again, I strive to know Him better each day and to progress by trying to grow consistently more like Him.

Wherever level you are on, Easter may be the best time to begin to move from one level up to the next. But in the busy, secular world in which we spend our days, a deeper spiritual focus rarely happens without consistent, conscious effort-it doesn't happen without an actual plan.

Many of the Christians we know feel they are solidly on Level Six but have a long way to go and a lot of effort to put in if they want to get to Level Seven.

As we strive to know Jesus better, we should be aware of the danger in humanizing Christ. Author Neal Maxwell put it this way, "Any assessment of where we stand in relation to Him tells us that we do not stand at all-we kneel."

Jesus was not human in the mortal sense. We cannot come to know him by comparing our weaknesses with his because he had none. We can come to know him only by the opposite process of contrasting our small strengths, hopes and possibilities with his perfect and infinite ones. Such a process will inevitably bring about four great benefits:

1. We will know him better.

2. We will know ourselves better.

3. We will realize greater humility in viewing our weaknesses in contrast to his perfection.

4. We will recognize greater potential in viewing his perfection alongside our possibilities.

So how would one go about trying to know Jesus better? We might begin to answer that question by thinking how we come to know other people. Think about a friend you know well. How did you come to know him? Wasn't it a gradual, piecemeal process of learning one thing and then another as you associated with each other? One day you came to appreciate one quality about your friend. Another time you sensed a different aspect of his personality. Then there was the day you learned an additional side of his character. And so on.

Our Easter challenge to ourselves, and you, is to try focusing on a different aspect of Christ's life or character each Sunday. One week you might concentrate on him as a teacher, another week on his compassion, another Sunday on his courage, and so on through the year.

What better Easter gift could we give to ourselves and to our families than to begin an effort to think about Jesus more and know him better?

Perhaps if we start on this challenge this Easter we will find that, by Easter 2016, we have a deeper, more personal and higher level of belief in what we celebrate on this wonderful spring holiday. 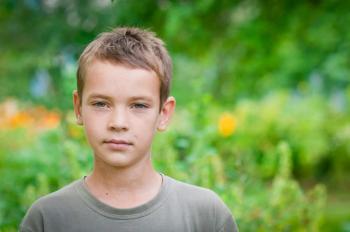