Ensure Your Later Years Are Golden: Things to Know When Opening a Retirement Account

When You Leave a Job, You'll Often Receive a Letter Within a Few Months Indicating That Your Small 401K Balance Will Be Distributed to You Directly. Don't Spend It! Instead, Open an Ira and Save It.

Chances are good that opening a retirement account is being triggered by your receiving a letter from a recent, former employer explaining that you have a small (less than $5,000) balance in your 401k that will be distributed to you. The letter explains that there will be tax penalties if you don't deposit it in an IRA (formally, an Individual Retirement Arrangement).

So what do you do? Don't spend it! The letter is right. There is a tax penalty - plus tax - due on the distribution if you spend it. So, open an IRA and make a deposit.

Here are some things to know before you open an account.

Retirement accounts come in 2 basic varieties: "traditional" and "Roth." A traditional account offers tax-deductible contributions, effectively making it easier to save. Withdrawals from your traditional IRA during retirement are taxed. A Roth account offers no deduction when you contribute, making it harder to do so, but withdrawals during retirement are not taxed at all. So, while it is harder to get $10,000 into a Roth account than a traditional one because there is not tax benefit for the contribution, the $10,000 will go farther at retirement because it won't be taxed.

Your 401k might have been either a Roth or a traditional account - or both. To avoid complexity, the easiest thing to do is to move your money from your traditional 401k to a traditional IRA and from a Roth 401k to a Roth IRA.

If you want to upgrade your account from traditional to Roth, you can do so, but you'll have to pay the tax on the balance at your current marginal tax rate. If you have the money, it's a good idea. That said, having money in both traditional and Roth accounts can allow you to manage your tax burden more effectively in retirement. Whatever you do, don't move Roth funds from your 401k into a traditional IRA - you'll have to pay tax on the income twice.

You can open IRAs at virtually any financial institution, including banks, credit unions and brokerages. The more money you have, the better off you'll be opening your account in a brokerage where you can invest the money in riskier and higher yielding mutual funds rather than federally-insured deposits (virtually guaranteed not to increase in value as fast since inflation steals it).

The letter you just received from your former employer alerting you to the balance to be distributed is common. In the past, you might have been with a company that decided to allow you the privilege of leaving your 401k invested in the plan. Your account is still yours to use in retirement. In fact, depending on how many jobs you've had in the past, you may have several 401k accounts out there. If you aren't sure, check with your former employers to see if they have any of your money. Close those old 401k accounts and move the money into your new IRA, so your money is all in one pot and easier to manage.

At your current job, you almost certainly have the option to contribute to a 401k. Keep contributing. The biggest surprise you'll ever face is how expensive retirement will be. Keep putting money away for it.

With this simple introduction, you're ready to go open your first retirement account. Congratulations. 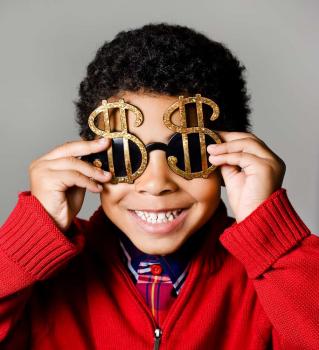