Essentials of Fatherhood: What My Father Taught Me

Becoming and Being a Father Can Be Both a Scary and Wonderful Thing. Unfortunately, There is No Undergraduate or Graduate Program in Fatherhood. Fatherhood is a Learned Art - Often on the Job After the Children Come.

Becoming and being a father can be both a scary and wonderful thing. Unfortunately, there is no undergraduate or graduate program in fatherhood. Fatherhood is a learned art - often on the job after the children come. Some of us have had exceptional fathers. Others do not care to talk about theirs. Still others say their fathers taught them a few things, not necessarily through what they said but by their actions.

My father was one of those whose grounding emerged from being the youngest of 12 siblings. When my father was 11-years-old, his father passed away. Thankfully, he had plenty of grown-up brothers and sisters to help him toe the line although the line sometimes blurred. He entered the military at an early age and learned hard things on ships and being stationed in Japan.

My father was not the type for sit-down conversations and flowery dissertations. Rather, he taught us through a variety of methods, probably gleaned from several sources, including his older brothers and my mother. But taught he did.

Here are five fatherhood essentials my father taught me through his example:

Fatherhood is being a leader through example

My father spent time in the Army as a drill sergeant and often we felt we were part of his platoon. He liked to see things accomplished and done correctly. Consequently, he often showed us once how something was supposed to be done and expected us to learn quickly and carry on after he was gone. Granted, he did check up on us periodically to make sure we had completed the task. Often, he had to re-show us how it was to be done, but he did not hover over us.

Some time ago, my wife and I were reminiscing about our fathers. Both of our fathers have passed away. What impressed us both about each of our fathers was the fact that they would help anyone with anything.

Joanne's father would be the first one out on a snowy day and shovel all the walks and driveways down the street. Although he had to drive almost 40 miles to work each morning, he always took time to get up early and do what the neighbors needed done.

My father taught me the same thing. I remember getting up early and going with him to shovel the walks of the widows and older people in our neighborhood or working in their yards and pulling weeds. On his days off, my father would go and help others with their roofs and fences. He did not ever expect to be paid, and he taught us that helping others was just part of the service we performed as good neighbors.

What a revelation this is! Whatever event that happened in my life, my father tried to attend even though he worked shift work most of his life. I suspect there were times when he did not have much sleep before he left to go to work. The former drill sergeant who I thought was the tough guy was really a marshmallow underneath. He teared easily when he talked about the achievements of his family. I remember when I received my doctorate from the University of Idaho, my mother and father journeyed almost 600 miles so they could be with me and share in my success.

One of the challenges I have heard numerous leaders lament is the lack of work ethic in recent college graduates and young people. My father would probably cringe if he heard that. He believed in a strong work ethic - true hard work.

One thing I learned early was never complain because my dad would always find more work for us to do. He specifically built a home in the country so we could have animals - cows, chickens, horses, pigs and sometimes lambs. Plus, we had a big garden, which became one of my responsibilities in the summer. From these many projects and chores, I learned to rise early, work hard and be responsible. I still rise early, even though I do not have outside chores to do. I still have a garden and I love rising early and working in it.

Fatherhood is being happy

One of things my dad loved to do was yodel. He said he learned to yodel while tending sheep in the high mountain meadows. One of the treasures we have as a family is a short recording of Dad yodeling. My siblings and I have compiled "Deanisms," and our children now often pan when we use one, "Sounds like he is turning into Grandpa Hammon."

Fathers are natural leaders and examples. Mine was no different. Often, though, his teachings never came from a direct conversation. Rather, they came through working with him and watching him help others as if it were just part of his normal, everyday life. I can only hope I can continue teaching my children and grandchildren through a good example.

Darrel Hammon likes being outdoors, growing things and seeing things the way they could be. You can read more of his musings at darrelhammon.blogspot.com. He and his wife worked as welfare volunteers in the Caribbean.
nextarticle 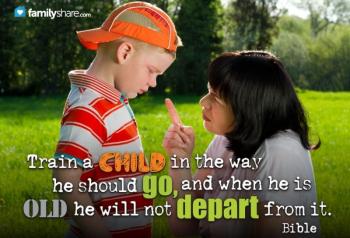 How to Punish Children Without Punishing Yourself