In a World of Changing Views, It Can Be Hard to Remain True to God's Laws.

Remember the popular response to "All my friends are doing it!"? "If all your friends jumped off a cliff, would you?" Similarly in today's world, it's not just teens that are making decisions to follow the crowd, potentially in ways that are not for the best.

Adults, teens and children are facing situations where they may question some of their deepest held beliefs or opinions because of peer or other kinds of pressures. However, just because everyone else seems to be doing it, it doesn't necessarily mean it's a good idea.

Based on religion, common sense, the "golden rule," proper research or from experience, we can know the difference between right and wrong. In religion, for instance, the Ten Commandments do not change. Most would even agree that killing, stealing, lying or committing adultery is wrong. However, the world is blurring the lines of right and wrong, making a clear choice difficult. Justifying and rationalizing are common culprits of making right seem wrong and wrong seem right. Regardless of the views of the world, right is still right and wrong is still wrong.

An internationally known heart surgeon and religious leader, Russell Nelson, declares, "The temptation to be popular may prioritize public opinion above the word of God. Political campaigns and marketing strategies widely employ public opinion polls to shape their plans. Results of those polls are informative. But they could hardly be used as grounds to justify disobedience to God's commandments. Even if "everyone is doing it," wrong is never right. Evil, error, and darkness will never be truth, even if popular. A scriptural warning so declares: "Woe unto them that call evil good, and good evil; that put darkness for light, and light for darkness."

Choosing what is right often takes faith and courage

Like the direction of the wind, the world is constantly changing views. What was once unacceptable and more in line with God's law, is now not only accepted, but encouraged. The morals of society are on a downward spiral. It's getting harder to do what is right when faced with such strong opposition. Thomas Monson, a worldwide religious leader explains, "Of course we will face fear, experience ridicule, and meet opposition. Let us have the courage to defy the consensus, the courage to stand for principle. Courage, not compromise, brings the smile of God's approval...Remember that all men have their fears, but those who face their fears with [faith] have courage as well."

By relying on faith and having courage to do what you know is right, regardless of the consequences, God will support and sustain you. Your faith will increase and you will have the approval of God, which is ultimately the most important. It takes strength and trust to be obedient to what is right, especially as the opposite pressures grow more prevalent.

As Augustine of Hippo declared, "Right is right even if no one is doing it; wrong is wrong even if everyone is doing it." Matters of right and wrong don't change just because that is what the majority desires. Though it is not always easy, and sometimes even confusing, great blessings come to those that remain true to God's laws. 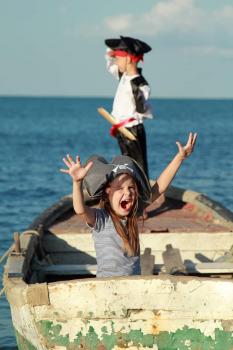 Smooth Sailing: Getting Kids Onboard With Saving