Every time you touch this baby she blisters; This is what caused this HORRIFYING disease

'not Being Able to Touch Her or Cuddle Her For Five Months Was Torture.'

Every mom dreams of the moment when she delivers her baby and the doctor hands her that sweet, perfect little newborn. That first moment when a mom gets to see the tiny human she's been carrying for nine months is incredible. She hopes her new child will be free of pain and stay out of harm's way, because she loves them more than anything in the world.

But when Rhiannon Atkinson gave birth to her sweet baby girl Pippa she never could have imagined the heartache she would go through because of a rare genetic skin condition she was born with.

When little Pippa was born, she was missing 90 percent of the skin on her hands and feet. She was constantly in excruciating pain, and the doctors diagnosed her with epidermolysis bullosa. According to Little Things, "Whenever anyone touched Pippa's skin a blister and tear would emerge."

Atkinson said that when Pippa was born it looked like her hands and feet had been dipped in boiling water. Atkinson was heartbroken.

"Being told your child has an incurable condition is incomprehensible," Atkinson said. "It broke my heart ... But then not being able to touch her or cuddle her for five months was torture."

She couldn't hold her newborn

Pippa had to spend the first months of her life lying down on a pillow, and no one could touch her skin or she would feel extreme pain. She was eventually able to come home from the hospital, and her condition improved since her diagnosis. Her mom also learned how to clean her wounds and change her bandages.

Constantly caring for the blisters is difficult, but it was especially difficult when Pippa was still a newborn. Atkinson said she had to clean the house 10 times per day so the blisters wouldn't get infected and worsen.

It's not only blisters that cause problems

In a recent Facebook post, Atkinson wrote, "EB is its own worst nightmare, friction causes blisters, blisters cause scabs and when those scabs start to loosen they cause blisters!"

Intense pain isn't the only terrible thing about this condition. Because of her skin sensitivity, Pippa hasn't learned to crawl or walk, and she's 14 months old. Her mom wrote on Facebook, "Seconds on her feet fully supported by me results in two blisters on her right foot and one on her left."

They're looking for a treatment plan

The family is doing everything they can to find a way to make their daughter more comfortable. They're looking into putting another room in their home to house a Microsilk bath, which exfoliates the skin "to remove dead skin and scabs." They set up a JustGiving account to raise money for the expenses.

Until the family is able to add this extension, they will continue to care for Pippa and keep her pain under control. They're keeping a positive attitude, and won't give up hope until a treatment works for Pippa. 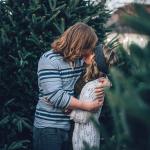 Is This the Best Relationship of Your Life?…