Fairly Awkward Parenting Moments That Everyone Has, But No One Admits To

Now You've Gone and Done It. Your Children Wonder Who in the World Took Over Your Brains and Your Body. You're Not Alone.

Parenting hiccups are the worst. They come on out of the blue and when it's over, you feel like the absolute worst parent any child could have. You might even consider doling your kids out to some stranger on the street who could clearly do a better job than you. Guess what. You're not alone. We've all pulled a few crazy stunts, but can still manage to raise perfectly healthy adults ... who will someday feel like you do now.

Here are a few prime examples of parenting idiocy that you may or may not admit to having done:

You arrive extremely late (to the school, ball field or dance studio) after having received a curt phone call and find: One, a sullen child who will likely not speak to you for days; and two, a teacher, instructor or coach who rolls their eyes at you and then shakes their head. (As if they haven't done it themselves!) Three, a lecture in the "royal we" that goes something like, "We really must set our watches and remember that we chose to have children, mustn't we? We don't want to damage their little psyches, now do we?" The only thing that makes this worse is if you are the designated pick-up parent. Then you get to look forward to the same condescension from other parents.

You've planned the perfect party. Everything is set. Invitations were passed out. You've got a cake from the best decorator and matching everything. But you wake your child up, pack them off to school, and never once acknowledge the big day. No amount of well-planned revelry will drown the sorrows of a child who's been slighted by going to school without being told, "Happy birthday!" It's a small detail, but significant in a child's mind.

Everything in you, every parenting fiber, every judicial inclination, tells you that your kid is guilty as charged. You listen, discern that they are lying, and dole out the ultimate punishment, only to find out that you were so far off the mark you need to be stripped of the title "parent."

Given sugary snacks to keep them awake

You've missed the nap window and it's way too early for bed, but you see your little one is tired, so slip her some sugary snacks to keep her going until bedtime.

Made your kid an accessory

Your child found out something you don't want your spouse to know and you asked him not to tell. Oh, what a tangled web we weave ...

You feel left out of a conversation among parents on how awful their kids are because yours aren't. You begin to feel like you must be missing something, so you join in the bash and make up things they haven't actually done just so you feel like part of the club, humiliating them in the process.

When you're in a group of parents who are extolling the virtues of their children and participating in a one-upmanship free-for-all, you pad your own child's CV, report card and extracurriculars to fit in, leaving your child with the glaring realization that maybe she isn't all you would like her to be.

Read a diary or journal

This is a slippery slope. Sometimes, you may feel warranted in snooping because of concerns. The problem is, once you know something, you are left with the choice of ignoring it or confronting your child and blowing trust right out of the water.

"Borrowed" money from a piggy bank or savings account

You find yourself a little short on bills or need a gallon of milk and you discretely pilfer from your child, vowing to yourself to pay it back, but forget until the moment he finds out there is loot missing.

Lied about being too busy to attend an event

Cringing at the thought of sitting through a thousand other kids muddling their solos or fumbling the ball, you say you have to work so as not to attend the event, knowing you are letting your child down.

Stolen an opportunity to learn and grow

You tweak your child's pinewood derby car just a little, or give him a few answers on his homework. You step in and fill in the blanks, never allowing him to suffer the real-life consequences for his shortcomings. You tell yourself that you are doing it to spare him embarrassment or pain, but deep down, you believe his failures are a reflection on your parenting.

Some scrub calls and asks to speak to your precious daughter and you lie and tell him she's not home when in fact she is waiting for his call. You tell some girl who calls that your son is out with another girl so she will stop calling.

We've all done something we'd rather not admit to. We are human. The first step is admission of guilt, followed by restitution, then trying to do better.

"Hi, my name is Becky Lyn, and I've been a stupid parent." 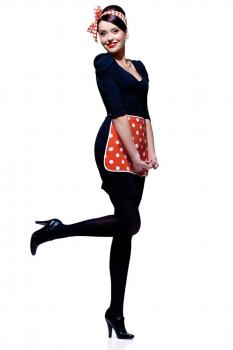 What Your Wife Really Means When She Asks,…