Have you ever heard of the game Sludge Pit Monster? Lincoln Hide and Seek? Janitor? Playing games as a family is a great way to strengthen your relationships and create memories that will last forever. Here are a few ideas to get you started....

I don't even remember the first time we played Sludge Pit Monster as a family. It evolved from a tickling match, expanded into a game of tag, and ended up with a lot of growling, laughing, and chasing. The rules are pretty simple: The "Sludge Pit Monster"? (usually dad) pretends to be asleep on the couch. Loud snoring is required. The kids tiptoe up as close as they dare and then scream in unison, "Wake up, Sludge Pit Monster!"? To which the monster lets out a roar and chases the kids who flee back to the safety of a cushion in another room. The monster then hides in various places as the kids taunt and tease him and eventually make mad dashes around the house. If a child is tagged, they are taken to the sludge pit where they must wait to be liberated by a sibling. The game lasts until the monster has everyone captured. This can take quite a while.

Family games, especially those that are invented at home, are great traditions and can create amazing memories. They don't cost anything and are fun and active. If it's getting late, we set a timer to limit how long the game lasts. A quick session of Sludge Pit Monster can last 15 minutes... or it can go on for hours.

Here are a few of the games our family has grown to love over the years:

a simple variation of the classic, this one was created because our youngest, a toddler named Lincoln, kept pointing out where everyone was hiding. The game starts with a loud count to ten while everyone scatters. They all find a quick and easy hiding spot and then start calling out the name "Lincoln"? every few seconds. When he finds them, they each join him on the hunt to find the others. The kids love it, especially little Lincoln. This is a great game for getting younger children involved.

the kids picked this one up at camp one summer, and it's a lot of fun. In a single room, the family members strike different poses, like statues. The "Janitor"? comes in with a dust wand and proceeds to dust off the statues. When the Janitor's back is turned, the players can change poses while trying not to be seen. If the Janitor catches one of them while they are in transition, they're out for the rest of the game. The last statue standing becomes the new janitor. The variety of poses can be hilarious!

There are probably a dozen or so family games we've been playing so long that they've become tradition. Each child has their own favorites. To pick a game, we write the different votes onto slips of paper and randomly draw which one we'll play that night. No matter what we play, we always come away from it with fond memories. And, as an added benefit, it wears everyone out before bedtime.

Try it out. One night this week, give your children a chance to escape the Sludge Pit Monster. Better yet, invent a family game of your own.

Jeff has a master's degree in medieval history and an MBA from San Jose State University. He is the author of the Muirwood Trilogy, Fireblood, Landmoor, Silverkin, and numerous stories and articles for the fantasy e-zine Deep Magic.
nextarticle 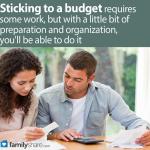 How to Save Money on a Tight Budget