Forgive and Forget: How to Help Your Daughter With Friend Drama

Three Steps to Help Your Child Deal With Being Hurt and Learn What It Really Means to Forgive and Forget.

The only thing you can think to tell her is, "Forgive and forget." Your daughter has just come home from school and she's in tears - again. It's the fifth time in the last three weeks that you've been greeted with tears. A full-on breakdown erupts before the backpack has a chance to hit the floor.

Finally, your daughter is able to tell you that her best friend since third grade is now her worst enemy. Now that her friend is dating the most popular boy in school, your daughter has quickly become the outcast and the rumors and lies are spreading faster than wildfire. It's more than your baby girl can handle. Your best advice is, "I know it hurts, honey, but we just need to forgive and forget."

Now even more confused and desperate to have things back to the way they were, your daughter locks herself in her room for the rest of the night. She looks for advice from the few girls left in her class that will still talk to her. The torment coming from upstairs is all you can hear.

Finally you realize that this is far more serious than you were making it out to be. You stop what you're doing, sit down and really start to focus on how you can best help your daughter get through her personal nightmare. Although you know it's only temporary, she doesn't. How do you guide her through this pivotal moment and help shape the way she handles situations like this in the future?

1. Look at things through your child's eyes

What your daughter is going through is huge. Her world has been rocked and the one friend that has been stable for her entire life has just started throwing daggers at her. All she can see right now is betrayal, shattered trust and lost friendships. What she needs most now is a friend, not a fixer.

Instead of reassuring your grief-stricken seventh-grader that it's all going to be OK, just be there for her. Provide a space for her to get it all out of her system and let her vent without judgment or correction. By being that person for your daughter in moments like these, you'll be creating a shift in your relationship that will open the door for you to become the person she runs to first whenever she needs someone to talk to.

Wait until the tears have stopped and your daughter has said everything she needs to say. Then, let your daughter know although you can't know exactly what she's feeling, you know what she's going through. Share times you went through similar heartache and the lessons you learned. When she's able to distance herself from what's right in front of her she can see things from another perspective. She'll eventually be able to understand her bestie's life has also recently changed. What's going on between them actually has very little to do with her after all.

3. Understand the phrase, "Forgive and forget."

According to Dictionary.com, forgive is defined as, "To cease to feel resentment against." Forget means, "To cease or fail to remember; be unable to recall." In the midst of such betrayal and loss as your daughter is currently experiencing with her bestie, it's going to seem nearly impossible to forgive or forget.

But, as hearts mend and time begins to heal the wounds (and as your daughter is able to more clearly see the lessons behind the once blinding veil of pain), she'll be able to cease to feel resentment for her former childhood confidant. She will understand the perspective that created her friend's behavior in the first place.

Forgetting may be a little more challenging since emotional scars take far longer to heal than physical ones do. With time and open communication about the process, ceasing to recall will take place.

When the lessons of life's dramas replace the memory of the pain, forgetting becomes easier as the forgiveness unveils itself. Helping our children understand that while memories of past experiences will more than likely always be there, the pain that came from them doesn't have to be all they remember. As long as your child is able to glean the greater message, meaning and perspective of this major life event, she'll be paving the way for herself and the generations that follow to communicate better, heal faster, live happier and love deeper. After all, isn't that what it's all about? 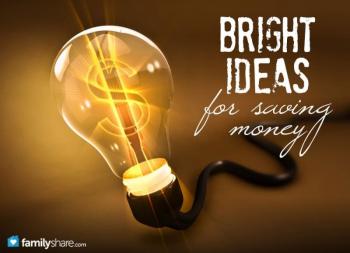 How to Lighten Your Electric Bill