When you have a family of all ages what are the games that you can play that will engage the oldest and the youngest, the enthusiastic and the not so enthusiastic?

It perhaps seems too obvious to include, but ever since our children have been small this has entertained the whole family. There are various sizes available from the usual table-top version to the large garden size. Children of all ages (including the grandparents) can enjoy this game. The only slight hiccup is when some of the younger ones are playing to topple the tower rather than keeping it climbing higher. For the competitive among you there is always the challenge of how high can the tower be built (we're a bit rubbish, only getting eight more rows built).

This game is cheap and amusing - especially for those members of the family who are not the most flexible people in the world. It does mean that some people may have to sit out or get eliminated early, but the entertainment of watching the contortions of other people more than make up for the non-participation.

The game begins with a full size cereal box; each person then takes it in turns to pick the box up with their teeth without anything but their feet touching the floor. To make it more challenging, the rule of no bent legs can also be added. After each round, a couple of inches of the box are cut off, and the fun begins again.

A game by play-dough. Effectively this is nothing more than a simple board game which has yourself in the form of a molded potato character racing toward the end. It is designed for the very young, but everyone who has ever played it loves it. Why? Instead of moving back places or returning to the start, there is a segment on the spinner that enables you to chop, slice, roll or French fry your opponent's character. There is no greater pleasure than squishing play dough and knowing you are a step closer to winning the game. However, the other segment my children love is the one which immediately places you one place in front of the leader—you can go from last place to winner in one spin of the wheel.

This can get rather interesting and very competitive. For this game you will need a block of chocolate, a dice, a hat, a pair of gloves (mittens or oversized are best) and a scarf. Place the chocolate on a plate with a knife and fork and have everyone who is playing sit in a circle around the plate. Each person takes a turn to roll the dice. If a player rolls a six they quickly place on the hat, scarf and gloves and begin trying to cut the chocolate a piece at a time. If they manage to cut one piece they can eat it then carry on cutting. Meanwhile, everyone else is continuing to roll the dice, and will claim the hat, scarf and gloves if they roll the dice. This game is great fun for all the family.

The only video game to make the list, but this is endless fun as you watch family members try to Russian dance to Rasputin or yeehah to Viva Las Vegas. Every member of the family, even the dads with no co-ordination or rhythm, can attempt this game. It is very addictive as you try to get the highest score against your five year old daughter.

Warning: This game will cause a mess! You will need a basin, flour, plate, knife and a piece of chocolate. You begin by filling the basin with flour and turning it out onto the plate - effectively making a flour castle. Place a piece of chocolate on top- each player takes a turn at slicing a part of the flour away until the chocolate tumbles into the flour. The person that makes it tumble has to pick it out with their teeth. The chocolate is lovely, but the flour is yucky.

This is fairly simple and can involve younger children if they are helped by an adult. First of all, choose 10 categories (more or less if you like) and write them across the top of a piece of paper. These might be vegetables, boys' names, make of car and so on. The first player chooses a random letter. Every player then has one minute to come up with something for each category beginning with that letter. At the end of each round scores are totaled, but you only get a point if no one else got the thing/name you named. The object of the game being to think of obscure vegetable names, boys' names and so on.

This list could go on. We have not mentioned dominoes, name that tune, Uno, Ker-plunk, marbles and my favorite of all, fluffy bunnies. The fun games that can be played as families are endless - some cost money while others just use what you have in the house. The most important part of these games is that all are involved and everybody is having fun and drawing closer together. The family that plays together stays together.

James is a Senior Lecturer in Religious Education at the University of Chester, UK.
nextarticle 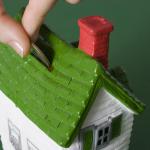 What Are the Closing Costs I Always Hear…