Girl greets a policeman every morning, but when she’s suddenly gone he knows she’s in trouble … then he saves her life.

This is a Story Every Parent Should Read.

Some people don't know who their neighbors are despite living in the same place for many years. Sometimes we're busy or just prefer to keep to ourselves. However, for one little girl, keeping in touch with the people in their neighborhood saved her life.

A 9-year-old girl used to greet a policeman with a smile every day from her window. One morning when the child was not there, he knew she was in trouble.

Missing from their routine

Police officer Jeff Colvin noticed that one morning a little girl, Klynn Scales, wasn't there for their usual morning exchange. His concern increased because he knew she lived in a home with drug problems, poverty and violence.

For Scales, greeting the policeman was not just a gesture of friendliness; it was more than that. She said to WGN "Through all the bad situations, I would just picture him saying that he was here for (me and my siblings) and that if we ever need him, he would be right there. He would always protect us, and so those words would come to me during the worst times of my childhood." The two had obviously formed a sort of connection, which ended up saving her life.

After worrying about where that little girl could be, Sgt. Colvin decided to go find the missing girl. When he opened the door to her house, he found Scales all alone and very weak and sick. He picked up the child and took her to the hospital where she was treated for malnutrition.

Shortly after, Scales and her family moved from her house, and she completely lost contact with her rescuer.

The power of technology

Almost 20 years later, Jeff Covil received an email from a young woman who used to live by the police station he still works at - it was from Klynn Scales. Finally, they were reunited, and she was able to thank him for saving her life.

"Most times we go through our career not realizing we truly helped anybody out," Colvin said in an interview. After almost 20 years, Scales was able to thank him for his incredible act of service.

We can all be heroes

Like Sgt. Colvin, we can all help save a life or prevent an accident. Getting friendly with your neighbors is a great way to protect each other and provide peace of mind.

Here are some tips to protect your home and members of your family at all times:

Social media makes it very easy to keep in touch with your neighbors. Have contact information for those who live around you and think about creating a neighborhood Facebook page to help keep everyone connected. That way, you can easily inform others about potential dangers simply by posting on the group page.

As a safety measure, many people leave the patio light on or keep their entrance lit. Do the same thing for your neighborhood - create well-lit sidewalks and help look out for your own home and the homes around you.

To protect your home and family, consider having alarms and security cameras installed in your house.

Take care of your home and family by following these safety precautions, and help your neighbors to do the same. Together, your neighborhood can help protect each other. 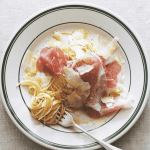 6 Foods You Should Never Eat While Pregnant…