All the world is a meme -- an inspirational quote with a beautiful pic that moves you to run the extra mile, eat one less piece of cake, hug your child, cry and hit share.

Every day is a meme day online. You can't use social media without coming across inspirational quotes and heart stopping pictures that move you to do something new and different, be a better spouse or parent or just try a little longer and a little harder.

I asked my online friends, "Tell me the most randomly useful advice you were ever given. Anything! The sky is the limit but keep it clean." The response was great.

While you read, think about the most randomly useful advice you were ever given and send it to us in a comment. Who knows? You might be the next meme to change minds and expand thought horizons.

Random advice about love and marriage

William said, "When I was young my grandfather gave me several serious pieces of advice. The first was when I was in high school. He told me to check out a girl's mother to know what your potential wife will look like when she gets older. What he failed to tell me was - find out if she is adopted."

Brooke said, "Choose love and vulnerability." C.S. Lewis said it all when he said, "To love at all is to be vulnerable. Love anything and your heart will be wrung and possibly broken. If you want to make sure of keeping it intact you must give it to no one, not even an animal. Wrap it carefully round with hobbies and little luxuries; avoid all entanglements. Lock it up safe in the casket or coffin of your selfishness. But in that casket, safe, dark, motionless, airless, it will change. It will not be broken; it will become unbreakable, impenetrable, irredeemable. To love is to be vulnerable.'"

Keri said, "You can't build a successful future if you're too busy looking into the past. Learn from things, move on and don't forget to let go of the bad."

Brooke said, "'You can't change others, you can only change yourself." This is a universal truth. Change yourself, if you want your world to change. Brooke also added, "'Accept the things you cannot change." This comes from a portion of the serenity prayer used in Alcoholics Anonymous and is in general great wisdom.

Bernice offered, "The only constant in life is change."

Michelle said, "Say yes." She went on to explain, "When kids want to have a tea party say yes. When they want play doh, say yes. Always say yes when you can. If you do, they will know you mean it when you say no."

Leave it to teens to be smarter than us and tell it like it is. Marli said, "Life is your teacher, and you are in a constant state of learning."

Kayla said, "Listen to your mom."

Getting the job done

Jamie said, "Where there is a will there is a way. It does not matter how slowly you go as long as you do not stop."

Ashley said, "Do what you love, and love what you do," She added that no matter what you do, "there is good all around us, so seek it."

Jordan's father said, "Better to try and fail than to never have tried." Jordan still carries the quote with him.

Scott reminded everyone to, "Never test the depth of a river with both feet." I am not sure what that means, but am sure it is deep.

William's Grandpa told William, "Figure out what you LOVE to do, then find some idiot that will pay you to do it."

Mike said, "Don't give up what you want, for what you want right now." This is a reminder to stay faithful to the things you want most in life and to delay gratification until they happen.

Rachel quoted her father who said, "If at first you don't succeed, keep sucking at it until you do." Endurance is often the precursor to success.

Although we do not know what chickens have to do with success, Bernice said, "Never count your chickens before they hatch." The poultry may be reminding us that, "A bird in the hand is worth two in the bush."

Scott quoted Steven Wright who said, "You can't have everything. Where would you put it?"

Scott shared this important tidbit, another Steven Wright quote, "The early bird gets the worm, but the second mouse gets the cheese." Once again, poultry and animals. I am still not sure what Scott means.

Barbara advised, "If you don't know what to do, do nothing at this time. The answer will reveal itself."

But in the event that the answer doesn't reveal itself Scott quoted Tracy McMillian who said, "Everything works out in the end. If it hasn't worked out yet, then it's not the end."

Peter's favorite quote was by Roger H. Lincoln who said, "There are two rules to success: One, never tell anyone everything you know."

So next time you read, print or save a meme do it with care. We are sharing them over the wind and web and the next life you change, might just be yours. 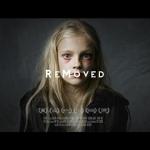 This Young Girl Tells Her Story From Child…