Worried That Your Daughter is Becoming a Mean Girl? Stop Gossip From Taking Over by Setting a Good Example, Discussing Why Gossip Hurts, and Helping Her Choose Good Friends. Keep Reading For More Helpful Ideas.

Oh my gosh! Did you hear about Emily? She totally told Maggie that Josh tried to hold her hand at the dance, but Maggie says that Josh doesn't even like Emily and thinks you are way cuter. Can you believe it? What is with Emily anyway?

Conversations like this occur in every school across the world every day. Teens love to talk and text, but sometimes what they say is hurtful. Bullying is a big deal with cyber-bullying causing as much harm as physical intimidation. Help your teen avoid becoming a gossip girl by following these tips.

There are different levels of gossip. According to Merriam-Webster, one definition is casual or idle chat, like sharing the town news. Gossip that is harmful and hurtful is the kind to avoid. This gossip is sensational in nature, not always based on facts and often reveals personal information. Teens might understand this definition: Gossip is something you wouldn't say if the person was there, or anything that is unkind or untrue.

The number one thing you can do to prevent your teen from gossiping is to stop doing it yourself. Children listen in on phone conversations, chats with neighbors and mealtime discussions. What are you saying about the neighbor down the street or your mutual friends? Monitor your own thoughts and words. Ask yourself if you need to tone down your own tendency toward gossip.

Most people do not come through adolescence unscathed by gossip. Unkind things said about us stay with us long after the words have been spoken. Having a discussion with your teen about your own experiences and the true nature of gossip might help her realize gossip isn't harmless.

If your teen will let you, help her choose good friends who will support her and not be "mean girls." A University of Oregon study notes that friends can influence teens for good and bad. Teenagers want to fit in with their peers and often do so by imitating the behavior of those they are around. Helping your teen choose friends who emulate positive behaviors and avoid gossip might make navigating the teenage years easier.

We have all been taught the phrase, "If you can't say something nice, don't say anything at all." While that is sound advice, the next step is to find something nice to say. Encourage your teen to combat gossip not just by remaining silent, but by finding something nice to say. For example, if a group of her friends is laughing over another girl's choice of clothing, she could say, "I really like her shoes." Or, if your teen comes home saying she just hates so-and-so, encourage her to find one good quality in that person. You can model this type of behavior for her. She'll catch on quickly.

Be the person she can talk to

Everyone needs a safe person to talk to and trust. Be that person for your daughter. When she comes to talk about her day and her relationships, don't be judgmental, just listen. Keep the conversation open-ended so she can return to you. Sometimes teens alienate their parents and rely only on their friends. Try not to let this happen. Teenagers need adults to help them mature emotionally and socially.

. I recently discovered one of my daughter's school friends was feeding her gossip about another friend and her family, under the pretense of helping my daughter. We had a good discussion about these friends and I encouraged my daughter to not allow the gossip to continue. I also try to stop mean talk among my children in our home. It's never too early to stop the kind of language that leads to gossip.

We want the best for our children, and we want our children to be their best. Encouraging teens to avoid gossip and its hurtful repercussions is one way to help them become the kind and positive people we want them to be. 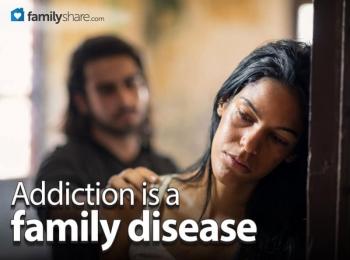 Addiction is a Family Disease: How to Rally…