Grandma, Tell Me a Story: Building a Legacy Through Family Lore

What's Your Family's Story? Where Did You Come From? What Has Happened to Your Grandparents, Your Parents, the Siblings?family Lore is a Description of Who We Are as a Family and What We Have Experienced.

What's your family's story? Where did you come from? What has happened to your grandparents, your parents, the siblings?

Family lore is a description of who we are as a family and what we have experienced. It is usually in story form and is the essence of family history. What is your family lore?

I've heard some great stories of many families over the years that have become their lore through the telling and retelling over many generations. They can be comical and a source of fun for the family.

Some family lore stories are hilarious. A friend tells the story of how her children were always wiggly and restless on Sunday nights. One Sunday, she comes out in her silliest jammies, turns up the radio really loud and started dancing in the living room. The children were stunned. Then, they all joined in, laughing and dancing together. A tradition was born on the spot. Now every Sunday they all put on their jammies and dance in the living room.

Some family lore stories are serious. My grandfather often told the story of being in World War I. He was in France and was driving a big truck along a road. All of a sudden, the truck just died. He tried and tried to get it restarted to no avail. Finally, in disgust he climbed out of the truck and walked to the front to see what could be the problem. As he was walking, he noticed the front tires were up higher. While looking beneath the truck, he realized it was perched on the edge of a land mine. If he had gone just one inch further, the truck would have blown up and killed him. He broke out in a sweat and said a quick prayer of thanks. He climbed back in the truck. It started instantly, and he backed away very carefully. He would always end that story with a comment, "I knew that the Lord had saved my life for some important purpose."

Think of your family lore stories. They often begin with "Remember when ...?" Then, the family will begin to reminisce. When grandparents are around, they may start a conversation with, "Did I ever tell you about the time . . ?" These stories are priceless. They can be long or short; funny or sad. Some can be meaningful or silly. Yet, they are the story of your family - who you are and what you've experienced.

These stories are priceless teaching tools. You can use them in a variety of settings. "You remind me so much of my grandma. She loved to bake just like you. Remember the story where she made the pie from the blueberries by the railroad tracks and won $100 in the state fair and was able to go to college? She was creative in her cooking just like you." Great teaching moment.

Through this story, you've taught to love baking, to love being a homemaker, to be creative in problem-solving, to tap into the creative juices in her brain, the value of college, and that the Lord provides answers to prayers in interesting ways and the love of a cherished Grandma all in one setting. Whew! That was a power-packed teaching moment!

It's fun to create new ones. You recount over and over, "Boy, wasn't that something when Henry won the state championships. There you were Henry, down four matches with a bum knee. In you went like a terror winning the next five. It was incredible. Sarah, remember the look on his face when he hopped around with the trophy? It was incredible." What fabulous new family lore you're creating. The powerful story of "Henry the Underdog Triumphs."

So you're working on "The Plan" and you're sharing stories of Great Uncle Otis and the Model T. You're teaching about making the bed, and little Jason starts laughing and says, "Remember Grandpa Edward telling us about getting squished when the bunk bed collapsed?"

Merrilee Boyack is a mom of four sons, grandma to two and an attorney, author, and professional speaker.
nextarticle 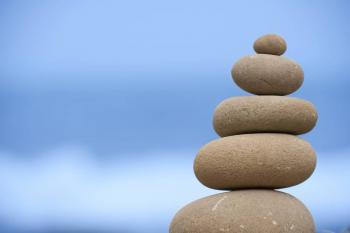 Suicide is Not Your Only Option: Find a…