Grumpy teenager? There might be something more going on. This is how to find out

In a Column on the Huffington Post, One Mom Explains How Her Daughter's Friends Graduating From High School Helped Her to Realize She Needed to Listen More Closely to Her Daughter. Experts Offer Advice on How to More Actively Listen.

For some, high school is the best part of their life. For others, not so much. And sometimes parents make it worse on their children. As one parent explains in The Huffington Post, sometimes she projects herself onto her children, imagining her child has the same problems and will have the same experiences as she did when she was her child's age.

In her column, Shelley Emling explains that her youngest daughter is a sophomore in high school with many graduating senior friends.

"For weeks, my daughter has talked to me about her many emotions surrounding these eventual departures," Emling said. "Already, the idea of saying goodbye to so many in her 'friend group' is creating serious pangs of angst and sadness."

Emling explained that while having lunch recently, her daughter again explained at length just how hard it was going to be to lose her friends who had graduated. By the time the pair had finished eating lunch and Emling was digging in her purse for money to pay the bill, Emling's patience for her teenager's melodramatics had run out.

"She told me to prepare for a 'flood of tears' - and I have no doubt there will be many days filled with crying come August," Emling said. "But as she carried on, and while I rifled through my purse trying to find money to pay the bill, I said something I almost instantly regretted: 'Honey, I know this is hard for you to believe, but you probably won't even remember these people when you're my age.'"

Almost immediately, Emling explains her daughter grew defensive, assuring her she'd remember each and every one of her high school friends long after she herself graduated from high school and beyond.

"Why was I so dismissive of her emotions?" Emling mused. "Was it because I am one of those people who was so eager to get out of high school that I graduated six months early? Was it because I wished I'd been better at keeping up with friends from my past? Or was it because I, too, have been feeling wistful about the past and anxious about - and probably even a little jealous of - my daughter's future?"

"Just because my own high school experience wasn't all that fulfilling doesn't mean hers won't be. Indeed, it already is," Emling wrote. "I love my daughter and should never belittle her sensibilities, even if I don't always relate to them. Listening to her interminable worries over the departure of her friends made me wonder why some people hold tight to high school relationships and others don't. I marvel at those who can remember every single aspect of high school - including their teachers' names - when I can barely remember what I did last week."

To close, Emling explains she talked to a friend about her daughter's situation. The friend explained that for her, high school friends are her closest friends, that because they grew up together, they have a bond and an understanding that allows them to talk about anything without fearing judgment.

"And so maybe my daughter will be the same, and will keep her friends forever - or at least some of them," Emling wrote. "Sure, I'm struggling with my own difficult feelings about the stressful transitions coming up in my life - but so is she. Adding my own apprehensions to her emotional stew is never right. But being a good listener - and being more deliberate with my responses - is."

High school friends and the drama they often entail aside, Emling's point is that she needed to listen actively to her daughter rather than listen to her own insecurities. More than that, though, actively listening not only helps parents avoid unnecessary confrontations with their children, it also helps them build a stronger relationship with them.

"Active listening is a good way to improve your communication with your child," the Centers for Disease Control and Prevention reports. "[Active listening] lets your child know you are interested in what she has to say and want to hear more. When you are actively listening, you give your full attention to your child. You make eye contact, stop other things you are doing, and get down on your child's level. You reflect or repeat back what she is saying and what she may be feeling to make sure you understand."

The Center for Parenting Education explained that actively listening to children can help build relationships between parents and children. It also helps with their self-esteem because a parent listening shows children that they are important and worth listening to.

"When you are active listening, there is no judgment or evaluation of what the speaker is saying. Often parents resist at this point, thinking that active listening implies that you are agreeing with whatever your children are saying. But accepting is not the same as agreeing," the CPE reports. "Acceptance is the heart and soul of active listening. It is not the time to object, teach, help your children to solve a problem or ask a ton of questions. This is a time to let your children talk without interruptions or judgment while you listen to what they have to say."

The CPE points out that in a world that is often fast-paced, it can be hard and uncomfortable to slow down and listen closely. It can also be frustrating to the listener because rather than analyzing the situation and offering solutions, the listener reflects or repeats back whatever the speaker says, thus encouraging the speaker to continue until they've fully expressed the problem. Because of this, active listening often requires practice and patience before it becomes an effective tool for parents and children. But once parents master the skill, the CPE said they will become a safe haven for children where they can express their deepest concerns without judgment.

"By becoming a safe haven for your children, they will see you as someone they can turn to in difficult situations, even during the teen years when they could face difficult and complicated life choices," the CPE reports. "By being nonjudgmental and accepting of what is on their minds, they will feel more comfortable opening up to you and will have a trustworthy place where they can explore their reactions and feelings."

While active listening can be an effective relationship building tool between parents and children, it can also be applied to any relationship, including work relationships.

"In today's high-tech, high-speed, high-stress world, communication is more important than ever, yet we seem to devote less and less time to really listening to one another," Dianne Schilling said in an article for Forbes. "Genuine listening has become a rare gift - the gift of time. It helps build relationships, solve problems, ensure understanding, resolve conflicts and improve accuracy. At work, effective listening means fewer errors and less wasted time. At home, it helps develop resourceful, self-reliant kids who can solve their own problems. Listening builds friendships and careers. It saves money and marriages."

Schilling explained that there are a few tricks to being an active listener. Those tricks encourage the listener to:

"But when your children are troubled or have any kind of strong emotions, some form of active listening is often the best first approach to use," the CPE said. "After you hear more clearly what is going on with your children, you can decide what you need to do next." 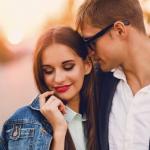