He finds her about to shoot up heroine, realizes that she’s pregnant and does this

He Started Out Telling Them What Terrible Parents They Were, But Then His Heart Changed.

It was just another day for Albuquerque police officer Ryan Holets. He was investigating a convenience store robbery when he walked around to the back and noticed a couple with needles ready about to shoot up on heroine.

He turned on his body camera and promptly walked over and started talking to the couple. He started a conversation and then realized the woman was pregnant.

He quickly started chewing the couple out about the terrible decisions they were making. He kept asking them if they knew what they were going to be doing to their baby. According to CNN, he was very harsh with the couple, especially the woman, Crystal Champ.

"You're going to kill your baby," Ryan told her. "Why do you have to be doing that stuff? It's going to ruin your baby."

As Ryan chewed her out, she broke down crying, telling him that he had no idea what she was going through

She told him she didn't believe in abortions even though she knew the terrible world she was bringing her baby into. She just hoped she could find a good family to adopt her baby.

As Crystal sat crying, Ryan's heart was softened. Crystal said, "He became a human being instead of a police officer." Ryan showed Crystal a picture of his family, told her their names and their ages (the youngest being a 10-month-old boy), and then offered to adopt her unborn child.

Crystal was stunned by this offer. She had to "make sure his eyes were genuine and that I could see his soul."

"I was led by God to take the chance," Ryan said. "God brought us all together. I really don't have any other way to explain it."

With a new plan to save this baby, Ryan drove away with gratitude in his heart that he listened, but then realized one problem. He hadn't told his wife.

He immediately drove to a party where his wife was at and told her the news. Rebecca agreed without hesitation and told CNN, "He already knew my heart on the issue and he knew that I would be totally onboard with it."

Three weeks later Crystal had her baby, and Ryan was in the hospital to support her after the delivery. Ryan and Rebecca named the baby girl Hope.

Hope's future is now bright and drug free, which is exactly what Crystal had hoped for her.

Albuquerque's very own Officer Ryan Holets has been nationally recognized for his generous act of compassion and...

This beautiful story came because Ryan was in the right spot at the right time. Sometimes that's all that it takes to build a beautiful family. It's important that each of us take the time to look around. We never know who is in need. If Ryan hadn't walked over to Crystal, he would never have been blessed with Hope in his life.

Don't be afraid to look around and find someone to help. You never know how it will bless your life. 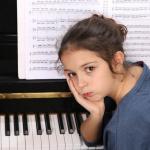 3 Ways to Know if You Should Let…